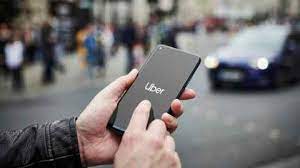 Close to two-fifths  of UK workers in full or part-time employment are given less than a week’s notice of their shifts or work patterns, according to new research conducted by the Living Wage Foundation.

The research – based on two surveys, of over 2,000 UK adults in each case[1] – addresses a gap in the UK’s labour market data and understanding of hours insecurity, being the first recent study to assess notice periods for work schedules across the workforce.[2]

The study found that among the 59% of workers whose job involves variable hours or shift work, over three-fifths (62%) reported having less than a week’s notice of their work schedules. At the extreme, 12% of this group – amounting to 7% all working adults – had less than 24 hours’ notice.

A second survey conducted by the Living Wage Foundation homed in on the experience of full-time, low-paid workers, finding that they were particularly hard hit by short notice of working hours. Of those working full time and paid below the real Living Wage of £10.85 in London and £9.50 in the rest of the UK, more than half (55%) had less than a week’s notice of work schedules, with 15% having less than 24 hours’ notice. Low-paid, full-time workers from Black, Asian and minority ethnic backgrounds[3] (68% of whom had less than a week’s notice of work patterns) and those with children (64%) were also disproportionately affected.

“Without clear notice of shift patterns provided in good time, millions of workers have had to make impossible choices on childcare, transport and other important aspects of family life. Low-paid workers have been particularly hard hit during the pandemic, with millions struggling to plan their lives due to the double whammy of changing restrictions on economic activity and insufficient notice of work schedules from employers.

Despite this, and the challenges many employers have faced, some have stepped up during this crisis and committed to provide workers with secure, guaranteed hours and notice of shift patterns. These are the businesses that will help us rebuild and recover, and we encourage more employers to follow their example.”