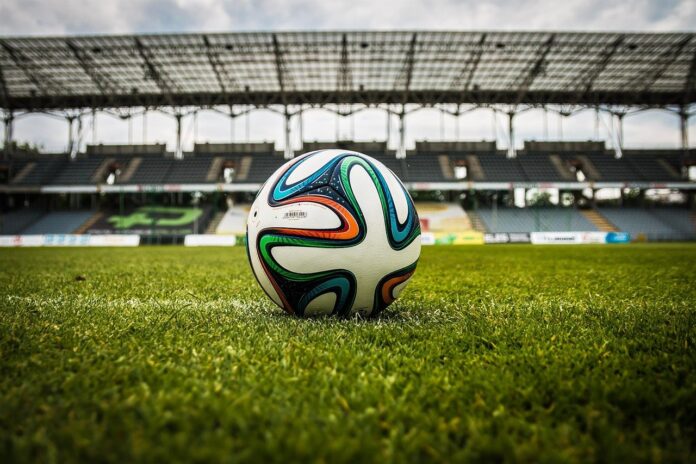 The COVID-19 pandemic has led to chaos in all areas of life, and the sporting calendar has not escaped the turmoil. One enormous change has been to UEFA’s flagship national team football competition: Euro 2020 has become Euro 2021.

How will the delay affect the tournament?

In terms of dates, the tournament will now be played in June and July 2021, with games staying as they were, just moving forward by one day. 20 of the 24 finalists are already known, while 16 teams have recently been scrapping it out for the four remaining slots via the competition’s play-offs. All will be revealed on 12 November when the final round of matches take place, with Hungary, Iceland, Northern Ireland, Slovakia, Serbia, Scotland, Georgia and North Macedonia still in the mix. Should Northern Ireland and Scotland progress, it will be a qualification clean sweep for the UK. Mouth-wateringly, Scotland would qualify into England’s group, setting up a repeat of their famous Euro 1996 clash.

There could be a major change in venues – unlike previous tournaments, which have either been held in one country or joint hosted by two countries, EURO 2020 is due to be held in twelve cities across the whole of Europe in celebration of the competition’s 60th anniversary. With the new surge in COVID-19 infections in the autumn of 2020, although UEFA are confident it will still go ahead, they admitted in October that the championship could be held in less cities or even in one country. It is still not known if matches will be played in full stadiums, with reduced capacities or without spectators altogether.

What of the teams themselves?

The delay will make a lot of difference for many nations, with some teams benefitting while others will have their prospects damaged. Factors such as age and form will come into play.

Fancy a flutter? Check out all the Euro 2020 betting offers on Betting.com

After a strong performance at World Cup 2018 and with distinct home advantage for the Euros they were already one of the favourites to do well, but a distinct loss of form and injuries to key players means the delay is good news. Most notably, Harry Kane suffered a serious hamstring injury in early January 2020 and faced an uphill battle to recover in time – his absence would have been a hammer blow to England’s chances. He is back now and looks in great form, scoring freely for Spurs. The squad still looks somewhat like a work in progress, but with another year, emerging talent like Phil Foden, Mason Greenwood and Jadon Sancho could become first team fixtures.

The very personification of the “tournament team” reached the semi-finals in Euro 2016 but had an awful World Cup in 2018, being eliminated at the group stage for the first time since 1938. The team was very much between generations and have been in the process of rebuilding – but with another 12 months to bed in players like Kai Havertz, Timo Werner and Josh Kimmich, and the return of Leroy Sane and Niklas Sule from knee injuries, they could be a real force next year.

After the embarrassment and shock of failing to qualify for the 2018 World Cup, Roberto Mancini has undertaken a youthful rebuild of the national team and they cruised through their Euro 2020 qualifying group, winning all 10 games. They have some of the most gifted young talent in European football coming through: Gianluca Mancini and Alessio Romagnoli in defence, Tonali and Sensi in midfield and Chiesa up front. Another year of development will only serve to make the team even stronger.

The delay benefits Wales enormously. Key midfielder Joe Allen was ruled out of Euro 2020 after he ruptured his Achilles tendon and will now have time to get fit for next year. Exciting talent David Brooks missed an entire season due to ankle surgery but is now returning to football. Wales have a very young side and another year will help them settle and knit into a strong unit. Much will depend on the fitness and performance of Gareth Bale, his move away from the toxic environment of Real Madrid on loan to Spurs can only be good news if he remains injury free. Can they make history again?

They will hope to have talisman Eden Hazard firing on full cylinders after an injury-marred and disappointing debut season at Real Madrid but perhaps Belgium are possibly the biggest losers from the tournament being delayed. The much feted “golden generation” is aging; veteran defenders Vertonghen and Alderweireld look past their best. Midfielder Axel Witsel will be 32, while De Bruyne and Hazard will turn 30 before the competition kicks off. There was much talk about Euro 2020 being the side’s last chance to finally deliver on their promise – a year’s delay certainly harms their chances of making this happen.

The Portuguese team won the 2019 Nations League final, which would have been a perfect springboard for Euro 2020, but the delay damages the momentum. Age is also a factor with this team, with a number of players in their autumn years. Much will depend on a certain Cristiano Ronaldo – he will be 36 in 2021 and although he has seemed to defy his increasing years in an almost superhuman manner, some think that his age is finally starting to show. Will he be able to rise again for one more effort? Time will tell, but surely 2020 would have been better for him and Portugal’s chances.

Recovered brilliantly from the disappointment of losing the Euro 2016 final on home soil to win the 2018 World Cup, and they seem to possess an almost bottomless pool of talent. However, their style under Didier Deschamps depends heavily on breaking at pace and playing off striker Olivier Giroud. Giroud will be 34 next year and he would have retired from international football had the Euros gone ahead as planned. He is also not an automatic starter for his club side Chelsea, so France may need to come up with a system of playing without him. They will hope that Pogba and Griezmann will be more settled at their clubs this season after poor 2019-20 campaigns however.

They have a similar issue to Portugal – they are heavily reliant on an aging star player, in their case the extraordinary Luka Modric. He has arguably single-handedly carried Croatia over the last few years but he is 34 now. He has also had legal issues at home to contend with and is in a Real Madrid side that look to be running out of steam. Although topping their Euro 2020 qualification group, Croatia were far from convincing at times.  Was the 2018 World Cup final the team’s high point?