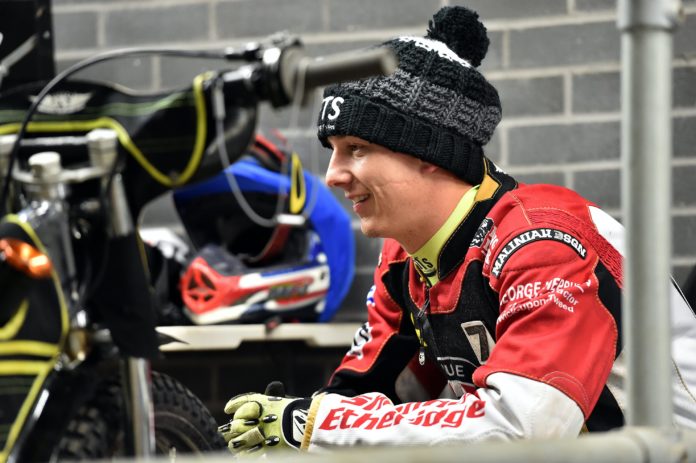 Jye Etheridge is well on the way to full fitness after breaking his collarbone 5 weeks ago and has reported he’s already back in the gym having resumed his winter training.

The 24-year-old came to grief in the abandoned first round of the Australian National Championships on January 4th at Kurri Kurri after hitting a patch of soft shale in the fifth and final race.

Etheridge snapped his already plated collarbone in the incident and underwent surgery within days of the crash for doctors to remove the bent plate and fit new metalwork in its place.

“Contrary to rumour, I didn’t shed a chain. Conditions were difficult and I hit a soft spot mid-track. The force of the impact is what caused the chain to fly off.

I’ve never high-sided mid-turn like that before and I hope I never do again! It all happened so fast I didn’t know what was going on, but I knew straight away that I’d done my collarbone.

It was awkward. I snapped the bone and bent the plate that I already had from a previous crash, so I had to undergo MRI scans before they could operate because they couldn’t see the bone on X-Rays.

I went back to the doctors a couple of weeks ago and he said I could start to move it. It feels a little tender but I’ve been out cycling and training so I should be good to go for the start of the season.” (Jye Etheridge)

Etheridge is particularly keen to get back to business at the National Speedway Stadium after sitting out of Premiership racing for almost the entirety of 2019.

He returned briefly at the end of the season as a temporary injury replacement for Nikolaj Busk Jakobsen and demonstrated his growth as a rider in the little time that he had.

“I think sitting out of the Premiership for the season was the right thing for me, in hindsight. I feel like I’ve grown a lot in myself and I feel much more confident in my abilities.

“When I rode for the Aces at Peterborough last year, I felt really good and it was a huge boost for me. I think my only downfall that night was a blown engine in my first race!

My main focus for this year is definitely my away form. I know I’ve got the speed to beat riders at home and there’s no reason why I can’t do it away. I’ve just got to attack the tracks.” (Jye Ethridge)

The speedway season in Manchester opens in less than 6 weeks’ time with the Peter Craven Memorial on March 21, after which the BikeRight Aces take to the track against Sheffield on March 30.

“It’s solid, and I honestly think we’ve got one of the best reserve duos in the league; that’ll be me and Jaimon Lidsey to start off with!

But in all seriousness, if we do find ourselves in the top five at any point, regardless of who goes to reserve we’ll always be strong throughout and I think we’ll be tough to beat.

We definitely want that trophy this year. I’ve never been so upset to win a meeting knowing we’ve missed out on the Play-Offs by one point so we’ll be fighting for every single one this year.” (Jye Ethridge)

Tickets for all Belle Vue Aces and Colts meetings are now available to buy online here and will also be available from the stadium on race night. 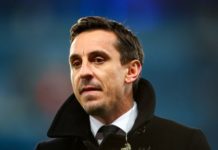 Aces have blown the race for the Play Offs wide open