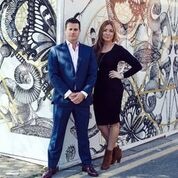 The Alchemist bar and restaurant will soon be coming to Alderley Edge with work on the former Grill on the Edge site now well underway.

The concept from the multi-award winning Living Ventures is set to open to the public in November. The bar renowned for its creative cocktails and dining menus in cities including Manchester, Leeds and Liverpool, will be making its first debut into suburbia with their new site on London Road; right in the heart of the village.

The new opening will create around 40 new jobs and the company is currently on the lookout for applicants from the local area. The team will be headed up by manager Dave Rotherham who has worked for The Alchemist in both Manchester sites and cut his teeth as bartender when The Living Room on Deansgate was in its pomp. He will lead a management team of four overseeing the two storey site which will have a capacity of 150, including a 70 seat restaurant situated within the venue’s conservatory.

Guests will be greeted by a stunning two storey glass façade making a real statement on the high street. A central island bar on the ground floor will give the bar team the chance to create a bit of theatre when mixing an array of ingredients with unconventional equipment. Their remarkable craftsmanship will lead to concoctions worthy of a true alchemist including the Mad Hatter’s Tea Party, Smoky Old Fashioned and Bubblebath. There will also be an extensive wine list available.

The first floor at the Alderley Edge site will be home to a smaller bar area, also available for exclusive hire; perfect for a birthday or family celebration with a capacity of around 60.

Opening hours will be 10am to midnight Sun-Wed and 10pm through to 1am Thurs-Sat (alcohol available from 11 am.) The Alchemist will also be serving breakfast, lunch and dinner seven days a week from 10 am through to 10.45 pm. From classic favourites with a twist like special fried chicken in a basket to Japanese ramen or smashed avocado and poached eggs, there is something to suit all moods. The Alderley Edge Alchemist will also be open on Boxing Day & New Year’s Day, unlike the sites based in city centre locations, offering locals a welcoming festive haven.

Simon Potts, Managing Director of the Alchemist said: “We are thrilled to be bringing The Alchemist to Alderley Edge. Some residents will already be aware of the brand from our Manchester sites and we’ve had a huge amount of enquiry and enthusiasm during development. We believe it will be a welcome addition to the bustling social scene in the village and we can’t wait to immerse ourselves in the local community.”

The first Alchemist opened in Spinningfields in late 2010 and is a stand-alone business under the Living Ventures’ umbrella and was backed by Palatine Private Equity in £13m management buyout in 2015. It currently has seven sites nationwide (two in Manchester, two in Leeds, one in Birmingham, Liverpool and London). A further site at MediaCityUK is scheduled for 2017 amongst several other openings around the country. The company has projected turnover of £21million for this financial year and employs over 350 people.

The launch of The Alchemist will bring 40 new job roles to Alderley Edge and local area. It is currently recruiting for a range of positions in Management, front of house and within the kitchen. Please contact alderleyedge@thealchemist.uk.com