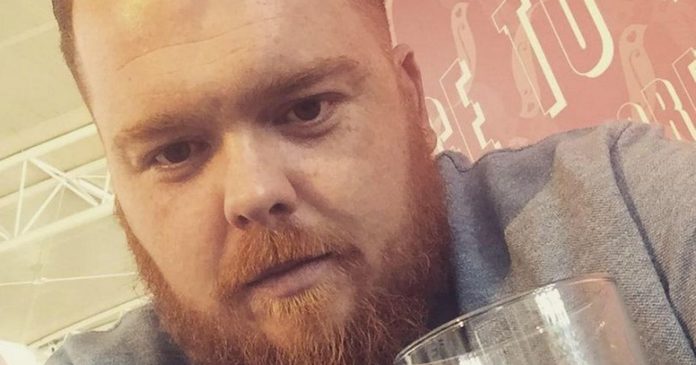 The mother of a young man who was killed following a night out in Altrincham is appealing to people to think about the consequences of their actions ahead of ‘Mad Friday’ and the festive period.

Linda Thompson’s son Chris Thompson tragically lost his life when he was killed with a single blow during a night out in Altrincham.

He was just 32 years old when he died.

The two offenders were seen leaving a bar in the early hours of the morning armed with bottles and a chair leg. Chris intervened, trying to calm the situation down but was brutally attacked and left for dead by the two men.

Alcohol can have devastating consequences not only on the victim and their families but also those that have caused the harm. One thoughtless act after too much alcohol can end violently and tragically.

Senior Investigating Officer at the time, Superintendent Howard Millington, said: “Chris’s tragic death is the sad reality of what can happen as a result of a single blow. People often don’t realise what they are doing when they have a drink and it is those split-second actions that result in devastating life-long consequences.

“Christmas and the New Year is a wonderful time of year for everyone and it should be a period that can be enjoyed without the threat of violence. No one should have to face their holidays without their loved ones but unfortunately Chris’s family will be spending another Christmas without him this year.

“We know that alcohol-fuelled violence can increase at this time of year and there will be a heightened police presence and visibility across Greater Manchester throughout the festive period. We don’t want to spoil your fun but we don’t want any other family to endure the same pain that Chris’ family are feeling.

“Having too much to drink can leave you open to becoming a victim of crime or even get you into trouble through violent actions. Please think twice about your actions and resist from engaging in violent or aggressive behaviour.

“Avoid trouble, control your anger, look out for your friends and walk away from trouble –  you may not only save your life but someone else’s as well.”