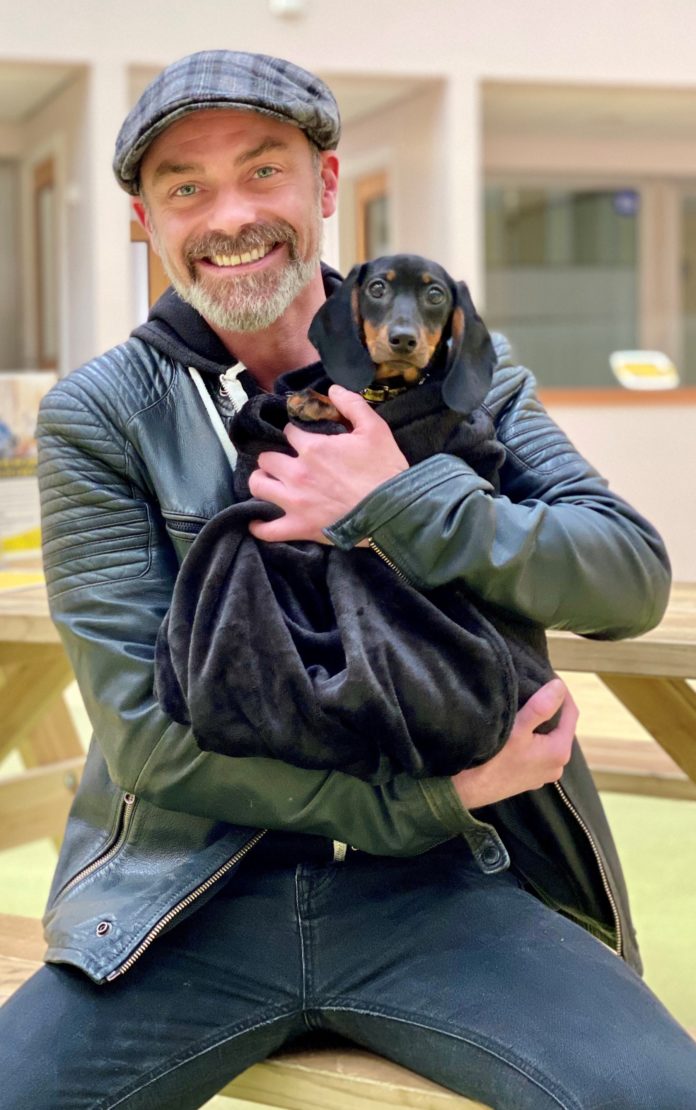 Daniel is backing the campaign after recently adopting four-month-old Dachshund pup, Karen-Jean, who was being cared for at Dogs Trust Manchester after being illegally smuggled into the UK from Poland with her littermates. Karen-Jean will have to share the limelight with Daniel’s other smuggled pup, Colin who Daniel adopted from the rehoming centre last March.

Colin was one of a litter of six puppies that were smuggled illegally into the UK from Hungary, travelling over 1,000 miles in horrendous conditions before being seized at the border by enforcement authorities and handed into Dogs Trust.

The UK’s leading dog charity launched the campaign after releasing new statistics showing how unsuspecting dog lovers may have been conned or ‘dogfished’ into buying puppies illegally imported into the UK, leaving them heartbroken and almost £500 on average out-of-pocket. (1)D

The Don’t Be Dogfished campaign is asking potential new owners to take the following steps to avoid being misled when buying a puppy:

Always see puppy and mum together at their home and make sure to visit more than once.

Ask lots of questions and make sure you see all vital paperwork, such as a puppy contract – which gives lots of information about their parents, breed, health, diet, the puppy’s experiences and more.

If you have any doubts or feel pressured to buy, as hard as it may be, walk away and report it.

“Both Karen-Jean and Colin had really tough starts in life. Sadly not every smuggled puppy is as lucky as they are to be rescued and find a happy home. Many suffer life-threatening health conditions, and some don’t survive, leaving people helpless and heartbroken – as well as out of pocket.

“It’s so easy to buy a dog online nowadays but not every seller can be trusted. By advising dog lovers on what to watch out for we hope the campaign will help prevent people being dogfished.

“Colin is such a huge part of my life and is being lovely with Karen-Jean, I can’t wait for Karen-Jean to settle in just as well as he did. I’m excited to watch them play together and form a bond, they’ve definitely found their forever home with me.”