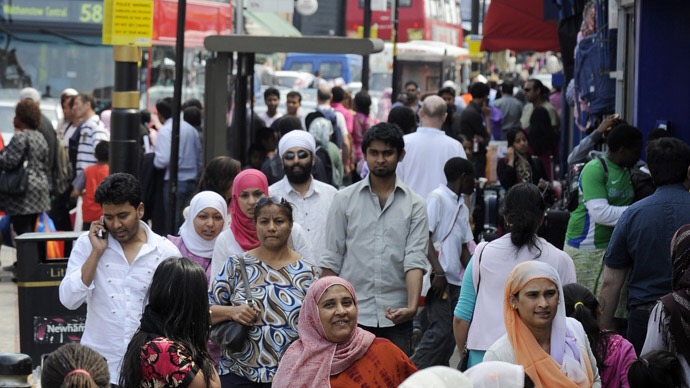 Fifty years on from the first Race Relations Act, new research from The University of Manchester and UCL finds that so-called ‘segregated’ Britain is both more diverse – and home to far wider inequalities – than originally thought.

A review of the last three population censuses suggests that ethnic inequalities in health, employment and housing remain prevalent in British communities and that discrimination continues to impede certain ethnic minority groups from realising their ambitions of good jobs and decent housing.

But it points to some of the biggest inequalities being found in more affluent areas and not necessarily the least deprived. The research also challenges the idea that Britain is becoming more segregated, presenting evidence that those areas often labelled as ‘segregated’ are, in fact, the most diverse.

The findings of Prof Ludi Simpson, Professor of Population Studies at the Centre on Dynamics of Ethnicity (CoDE) at The University of Manchester, and his co-editor Dr Stephen Jivraj, lecturer in Population Health at UCL and also part of CoDE, are published in a new book, Ethnic identity and inequalities in Britain (Policy Press, 2015), which challenges misconceptions around ethnically diverse Britain.

Prof Simpson said: “Our findings about the nature of inequality in British neighbourhoods and the perception of the way ethnic minorities live in supposed segregation are challenged in this new book. Despite improvements in health, employment and housing of ethnic minority groups in the last 20 years, clear disadvantage persists when compared with the average experience of the White British group and this is particularly marked in some of the less deprived areas.

“The research also points to restructures of the housing and labour markets that have failed to improve living standards for ethnic minority populations who, instead, have been disproportionately disadvantaged.”

One of the most significant findings is that rather than creating segregated communities, diversity is breeding diversity in Britain, with the ethnic group category ‘Other’ projected to soon become the biggest minority in many local authorities.

The inequalities in employment that many ethnic groups face are greater in less deprived places. This is particularly the case for Bangladeshi and Pakistani groups.

The CoDE publication also explains how difficulties persist for members of ethnic minority groups, even when they move on from the most deprived neighbourhoods that have traditionally housed new immigrants.

“Ethnic minorities are more likely to be unemployed or not working wherever they live, partly because of educational achievement, but also because of sectors of the economy where they have typically found work and the racial and religious discrimination they faced in all areas of life.”

The book concludes that policy now needs to go beyond the type of legislation that outlaws discriminatory practices to ensure that third and fourth generations of ethnic minorities do not continue to face social inequalities.

Ethnic identity and inequalities in Britain: The dynamics of diversity is published by Policy Press on May 13, 2015, price £19.99. It can be ordered from the Policy Press website here: http://www.policypress.co.uk/display.asp?K=9781447321811

A new look at our ever evolving world