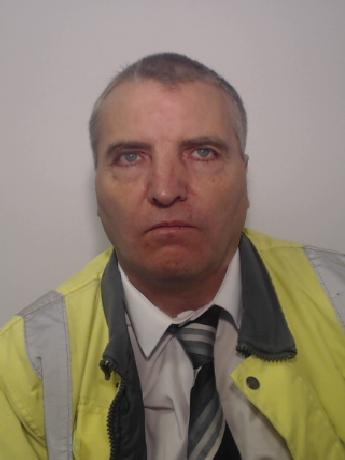 Warren Kirkby aged 61 of Westleigh Lane, Leigh pleaded guilty to at an earlier hearing to a range of sexual offences, including indecency with a child, indecent assault on a child, and inciting a child to engage in sexual activity.

Today he was sentenced to 12 years at Bolton Crown Court.

Between 1977 and 2006 Kirkby sexually abused four girls, some of whom were aged five and six, at the time the abuse started.

Kirkby’s offending came to light when one of the victims called police and made a report against Kirkby of sexual abuse in June 2014.

Detective Constable Stuart Round of GMP’s Bolton Borough said: “Firstly, I want to commend the victims’ bravery for supporting our investigations, during what has been a difficult time. The effect this has had on them has been profound, but with their help, we have been able to ensure Kirkby is behind bars and cannot prey on any more young girls.
“This has been a difficult and harrowing enquiry that has taken three years for justice to finally be found for these victims.

“Kirkby is a sexual predator who abused children for decades. This sentence reflects the fact that if you commit serious sexual offences, time will not be a hiding place and eventually you will be caught.”