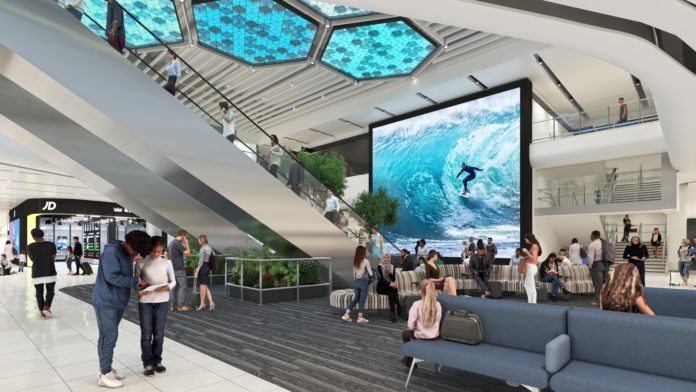 Less than two years since the first spade of earth was turned Manchester Airport gave journalists a first look at its brand new billion pound terminal just over six months away from opening. 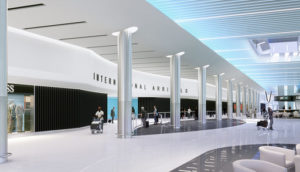 The first the phase of the terminal extension is set to open in July 2020.  It will see a brand-new security hall, using body scanners and awaiting Government approval for devices which will mean no more liquids put in plastic bags or laptops having to be taken out.

There will be a new departure lounge, the immigration hall, arrivals hall and the new bus gate lounge open to passengers as well as improved transfer facilities.

Once they are up and running, further facilities will start operating during the rest of 2020, including the first of the new ‘island’ check-in desk banks and the new baggage reclaim facilities.  As the various elements of the new extension open, the airport will start to close parts of the existing Terminal Two to allow for that area to be reconfigured to align with the new facilities.

Pier Two will also open at that time and will be a similar size to Pier One. It will have the capability to handle the world’s largest passenger aircraft, the double-decker A380 and will also include airline lounges.  The remaining terminal and airfield infrastructure is due to open in 2024.

New features unveiled include a honeycomb light installation that proudly illuminates the departure lounge. With 16 million settings, it will change colours depending on the time of day.

A new 83 square metre digital screen will take centre stage in the new extension to provide entertainment and information to passengers.  There will also be a new children’s play area to help families pass the time before heading on their travels. 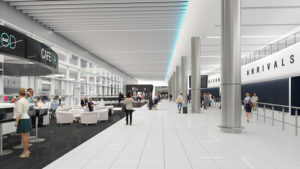 The new announcements come on the back of the news earlier in the year that 15 new food and beverage outlets would open including Manchester favourites like San Carlo Cicchetti, Pot Kettle Black, Archie’s and Barburrito.

“Our £1bn transformation will allow us to continue playing our role as the UK’s global gateway in the North, offering our 29.5m annual passengers and the entire region a world class airport, connecting them to a wealth of vital economic and tourist hubs.

“We’re delighted with the progress that’s been made on the project and we can’t wait for passengers to experience the new facilities next summer.  The new extension will offer a real step change to our passengers with state-of-the-art facilities and a great selection of shops and restaurants for them to enjoy.” 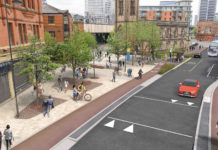