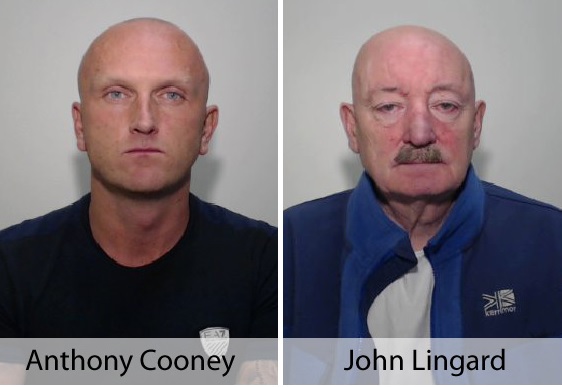 A family-run drugs gang who used a garden shed to package cocaine have been jailed today in Manchester to a total of eight years.

The duo was joined by Samantha Farrelly aged 39 of Chadwick Lane, Heywood, who allowed her former address on Millbank Street, Heywood to be used by Cooney as a cannabis farm.

Farrelly’s was one of three domestic properties across Heywood raided in July 2017 as part of Operation Arkansas, a GMP investigation into the supply of cocaine and production and supply of cannabis on a commercial scale in the Heywood area. A cannabis farm comprising 27 plants was found at the property on Millbank Street, worth an estimated £13,900.

During the raid at Cooney’s home address on Rochdale Road East officers seized just under £7,000 in cash and cannabis with a street value of £13,500.

At a property rented by him on Buckley Street, officers found a cannabis farm with 36 cannabis plants inside, worth an estimated £18,500.

In November 2017 a further warrant was executed at Lingard’s address on Lochinver Grove, where officers found that the garden shed at the rear of the property had been vital to the enterprise; containing all the paraphernalia needed to package the drug for sale.

In December, a further warrant was executed at a rental storage company in Rochdale, where Cooney had rented a 20ft shipping container. Inside, was a large amount of items that could be used in the cultivation of drugs.

“But while their operation was large, it was also amateurish. In a quiet, residential street they made the bizarre decision to set up a key part of their drugs supply in a garden shed.

“The content of Cooney’s lockup also left little to the imagination – containing a vast amount of equipment that could be used in drugs supply.

“Thanks to the dedication and professionalism of our officers, we have been able to observe the conspiracy and dismantle their operation – taking a significant quantity of drugs off the street.

“We also recovered a large amount of cash – the ill-gotten gains of the enterprise which would doubtless have been used to facilitate more illegality.

“Drugs ruin lives and blight communities and we will do everything in our power to apprehend drug dealers and bring them to justice.