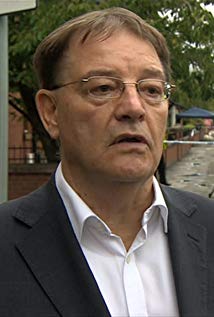 The row erupted after the former had put up a poster in the chamber that said 10 years of Tory and Lib Dem cuts.

According to the Lib Dem version of events,Leech took down a series of party political messaging that Karney had placed on the walls in an offence that clearly broke Council protocol.

That resulted in Karney storming around the chamber before standing over Leech and aggressively shouting at him for up to six minutes.

Karney demanded the signs back before eventually ripping them from Leech who had put them under his seat.

The Council’s Deputy Leader Nigel Murphy could be seen laughing and recording the events.

In a statement A Lib Dem spokesman said,

Today’s events were a clear example of Labour’s rejection of Council democracy; ignoring rules for party political gain, aggressively shouting in member’s faces and recording the events on smartphones.

“Pat Karney and the Labour group acted as though they were bullies in a playground gang, and it was an awful exposé of their character and those that stood by.

“The Liberal Democrats will not tolerate abuse, intimidation or bullying in any form, whether it be aimed at our councillors or members of the public, and this is a clear breach of that.

“We will be reporting today’s events.”

Johnson to speak to the nation at 8.00 and is expected to extend lockdown...