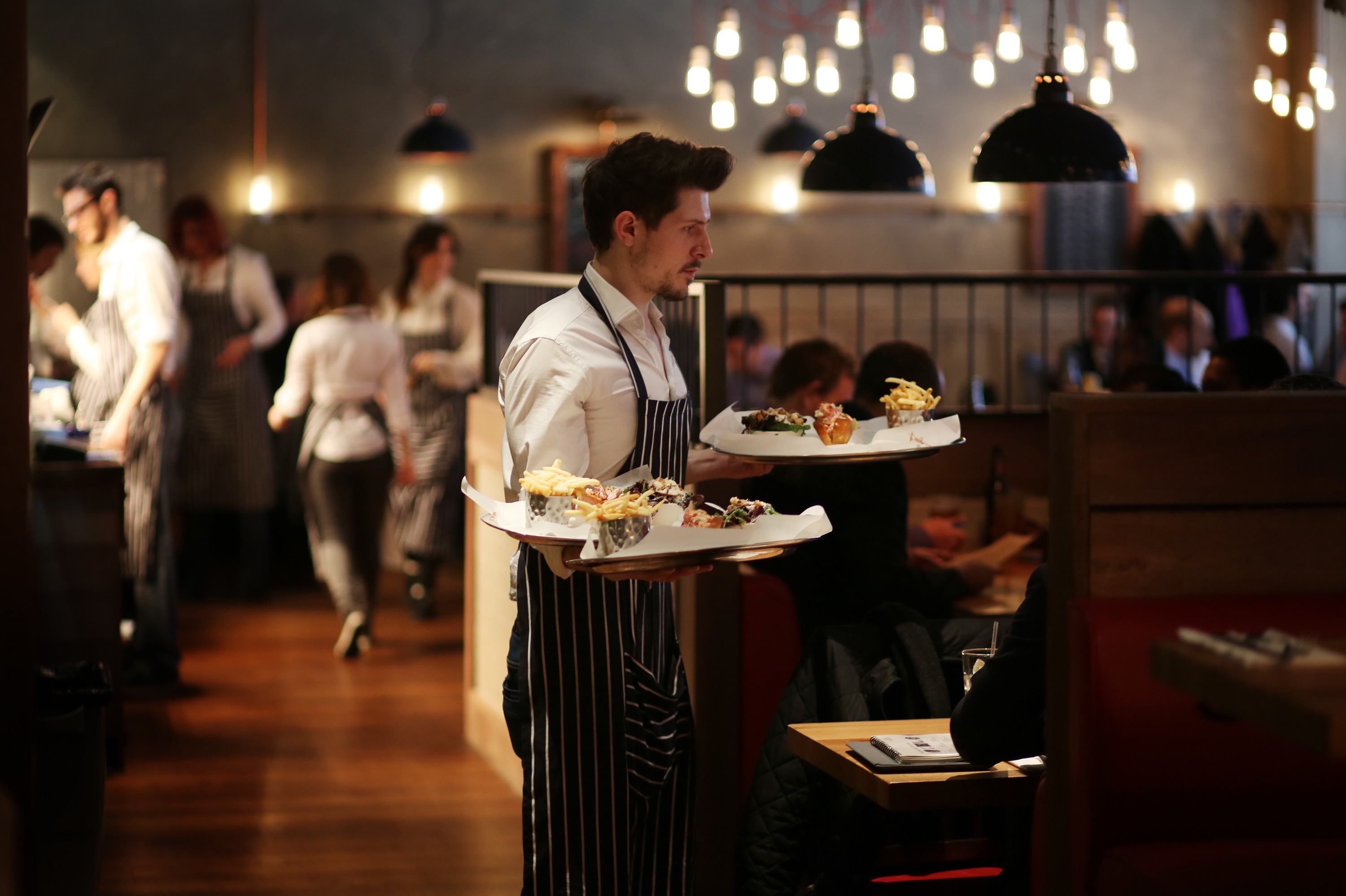 The hotly anticipated restaurant Burger & Lobster has released its arrival date in Manchester – set to arrive on Friday 7th August 2015!
Located on King Street, the new 200-cover restaurant will be housed within the stunning art-deco exteriors of Ship Canal House and will restore the interior of the once-tired dingy office space, to its former glory and into the coolest dining haunt in town complete with the biggest lobster tanks in the North West and edgy local artwork.

Based on the same winning formula as its London eateries, Burger & Lobster is aiming to take the city by storm with the offer of its simple yet unique dining experience that often sees Londoners queuing around corners to eat.

The Burger & Lobster concept is clear: there are no menus; it simply serves Burger or Lobster. Choose from a massive 10oz burger, whole lobster or lobster roll, served with chips & fresh salad and all priced at £20. You can also get your claws on big boys or jumbo lobsters, which are sold by weight and are perfect for sharing.

As well as the main menu, Burger & Lobster has also added a lunch menu into the mix in case customers want to catch a light bite to eat. Choose from a 6oz baby burger or one of the smaller lobsters with one side for just £12.

Using only the freshest and finest ingredients for customers, all the burgers are made using corn-fed Nebraskan beef using three cuts of prime steak containing natural marbling for the juiciest flavour. The restaurant’s wild lobster is flown in alive from the Atlantic Ocean to its dedicated tank at Heathrow Airport. It is delivered daily to its restaurant where they are kept for you to pick your own.

On top of the space on King Street, housing the new restaurant and real good fodder, Burger & Lobster will also aim to shake things up with a slick and sexy 30 cover cocktail bar, serving up a range of signature drinks designed solely for the people of Manchester, created using local suppliers.

Maisie Denning, Marketing Manager at Burger & Lobster, said; “We’re so glad to be finally announcing an opening date for our Manchester restaurant. It’s been a long time in the planning, but we’re finally coming for you!

“When the team think of Manchester, we think great vibes and a fantastic reputation for food and culture. We’re hoping the Burger & Lobster phenomenon will fit in perfectly and the people will enjoy the new restaurant and bar as much as we know we will enjoy the people.”

As an ‘alright ar’kid’, Burger & Lobster want to give the people of Manc the chance to get their claws into some proper grub ahead of its official opening.

On August 4TH/5TH/6TH the restaurant will open its doors for a series of preview lunch and dinner trial runs, offering locals the chance to take advantage of some free food and dead good company.

Designed to get the kitchen and restaurant staff in ‘ship’ shape ahead of its grand opening, these dry runs will be practise rather than perfect and use locals to test out the food & service ahead of opening.

Burger & Lobster Manchester will be the 12th restaurant in the brand’s portfolio, following the likes of London, Cardiff, New York and Stockholm

Star signings could make a difference for United say Scientists