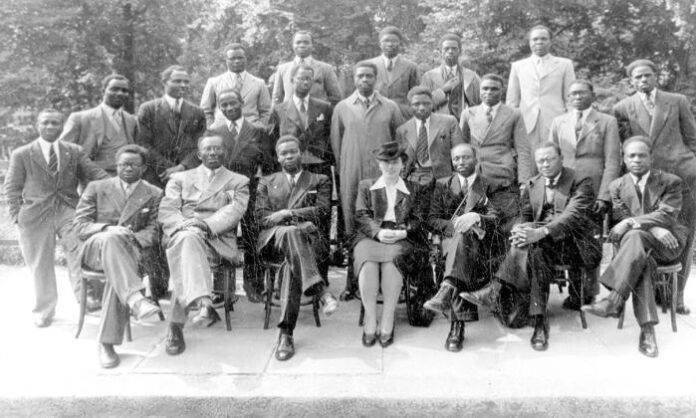 This weekend marks the 75th anniversary of the fifth Pan-African Conference, and it was held right here in Manchester at Chorlton-on-Medlock Town Hall.

Manchester Metropolitan University are spearheading the 4-day celebrations of this momentous occasion, with a variety of virtual activities, ranging from lectures, to creative performances, to a good old fashioned debate.

The conference, which took place from 15-21st October 1945, is widely seen by historians to be a turning point in the Pan-African struggle for rights across the continent, and world.

Although the fifth Pan-African Conference, this was the first of its kind in that it enabled the new generation of African leaders and revolutionaries to confer in one room, and ultimately led to several independent nations in Africa.

Taking place just after the end of World War Two, the Conference was attended by several future African leaders, such as the President of Ghana, Kwame Nkrumah; President of Nigeria, Nnamdi Azikiwe and first President of Kenya, Jomo Kenyatta.

Amongst other things, the conference discussed; Strategies for self-rule, how to to tackle the ‘Colour Problem in Britain’, ‘Imperialism in North and West Africa’, Oppression in South Africa’, ‘The East African Picture’, ‘Ethiopia and The Black Republics’, and ‘The Problems in the Carribean’.

Manchester Metropolitan University said: “It signified solidarity with other causes moving from the Americas and the West Indies to racism experienced in the UK.”

Professor Ola Uduki, from Manchester Metropolitan University and the curator of PAC@75, said: “What we have tried to do as a team is to look for the key speakers who can commentate on both the history of, if you like, the ‘Black United Kingdom’, but also on contemporary issues.”

Perhaps the main attraction of the celebrations is the key-note speech from Ghanian Princeton philosopher and writer Kwame Anthony Appiah, who is actually the son of an attendee of the 1945 Conference; Joe Appiah.

As well as being highly interesting, these festivities also have a more important goal in mind; to educate and ensure that this key point in history is not forgotten.

Professor Helen Laville, Pro Vice-Chancellor for Education at Manchester Metropolitan, said: “It is fitting that through the expertise of leading historians, writers and performers from the region’s universities, we shine a light not only on the legacy of the Fifth Pan-African Congress in 1945, but also its ongoing significance for the issues that we face in modern society today.”

There was very little published about the conference when it happened in Manchester, and the only remaining symbol of it is the plaque located on Manchester Metropolitan Arts and Humanities Building.

When asked why it was so important that this conference be remembered, Professor Ola Uduku said: “This gives a positive light on a point in time when Black History and Black people were very much part of a political landscape.”

With the growth of the Black Lives Matter movement and increasing discussions around racial inequality across the world, it is more important than ever to remember turning points in history like the Fifth Pan-African Conference, and this weekend of activities ensures that it will not be forgotten any time soon.

The delegates at the conference published a powerful statement that read: “We are determined to be free. We want education. We want the right to earn a decent living; the right to express our thoughts and emotions, to adopt and create forms of beauty…. We will fight in every way we can for freedom, democracy and social betterment.”

This statement should not be forgotten during these tumultuous times

More information regarding the 75th anniversary and the full list of speakers and activities on offer, can be found at https://www.mmu.ac.uk/pac75. 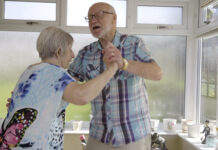 Audenshaw’s Made by Mortals awarded £60,000 to support older people and children during the COVID-19 crisis