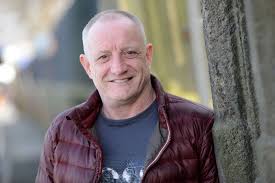 Police have launched an appeal on the second anniversary of Paul Massey’s murder in Salford.

55-year-old Paul Massey was shot five times outside his home on Manchester Road in Clifton on Sunday 26th July around 7.30pm

A Home Office post-mortem concluded that Paul died from a gunshot wound to the chest.

Investigators believe it was part of an ongoing feud between organised crime groups in Salford and are pursuing a number of lines of enquiry.

Police have now launched a further appeal for information on the second anniversary of Paul’s death.

A £50,000 reward is still on offer for information leading to the arrest and conviction of those responsible.

The offender has been described as white and of slim build and was wearing a hat, possibly fisherman style, a face covering, a green or khaki long-sleeved top and combat style trousers tucked into black, lace-up boots. He was carrying a black gun described as a sub machine gun style weapon.

Witnesses describe the offender coming from the direction of the Clifton Community Centre directly across Manchester Road from Paul’s house. He fired a series of shots and then walked back towards the centre’s car park and was last seen walking in the direction of the side alleyway between this and St Anne’s Church. This alleyway leads out onto an open area leading to Clifton Country Park.

There was also a potentially important sighting two days before the shooting. Police are appealing for information about a man who was seen at 7pm on Friday 24 July, in Clifton Country Park sat in, what is described as, a white Renault Kangoo van. He is described as white, in his late thirties to early forties, about 5ft 10in tall and was wearing a black hat, jacket, camouflage trousers and carrying a torch and a gun described as being the same style as an Uzi. Detectives urge him to come forward.

Detective Superintendent Howard Millington, the Senior Investigating Officer, said: “On the second anniversary of Paul Massey’s murder we are renewing our appeal for information and offering a £50,000 reward.

“We want to bring the offender to justice and we need your help. Salford is a close-knit community and I want to reiterate that if you come forward you will have our full support.

“If you don’t feel you can talk to police but you have information, you can speak to Crimestoppers anonymously.” 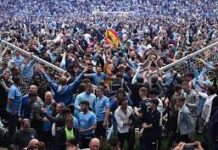