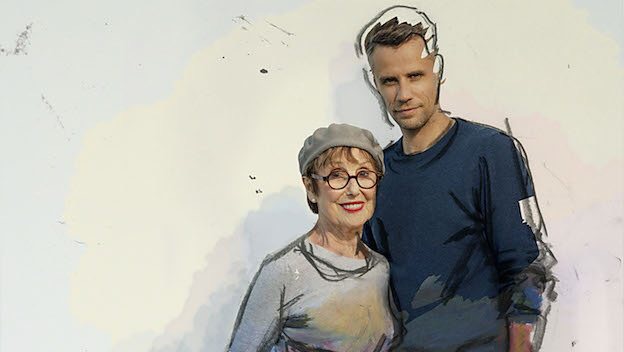 The BBC is giving 1000 amateur artists the opportunity to have their work displayed at the prestigious Whitworth, Manchester’s gallery in the park during a special exhibition in May.

The Little Painting Challenge, organised by BBC Learning, will run alongside the new BBC One Sunday night series, The Big Painting Challenge, and it’s designed to give everyone the chance to emulate the talented amateur artists that feature in the series.

But the challenge for the public competition is very different: to create a masterpiece on a postcard. There’s a rich tradition of creating artworks on small canvasses, ranging from Constable’s early sketches to seaside postcards, so there’s plenty of scope for people to use their imagination.

Welcoming people of all ages and ability, The Little Painting Challenge invites everyone to simply have a go at art – by drawing or painting a picture on a postcard in whatever medium they like. Postcards will be made available in libraries all across the country and online for download when the competition launches on 17 February.

The winners will be selected from three different categories: over 16 beginners, over 16 experienced and 7 to 15 year olds. The winners will receive prizes including art equipment to the value of £500 (for 16 + categories) and £250 (for 7 – 15 years old) and 1000 of the artists will have their entries displayed at the Whitworth.

Amongst the judging panel, is esteemed author-illustrator of the internationally bestselling How to Train Your Dragon series, Cressida Cowell. Of the competition Cressida says: “This is such an exciting opportunity and I would encourage anyone to have a go even if you have never painted or drawn much before. Who knows – one of your first pieces of artwork could be hanging in an amazing space like the Whitworth.”

The Little Painting Challenge is part of BBC Learning’s campaign to encourage people to take up a brush or a pencil and discover, or rediscover, art.

As well as the competition, BBC Learning will stream a live lesson to schools across the UK on February 25th from the new Birmingham Central Library. Featuring CBBC’s Ricky Martin, Michelle Ackerley and Richard Wisker, the lesson will be led by world-famous children’s illustrator Nick Sharratt, the man responsible for the original illustrations for the Tracey Beaker series of books.