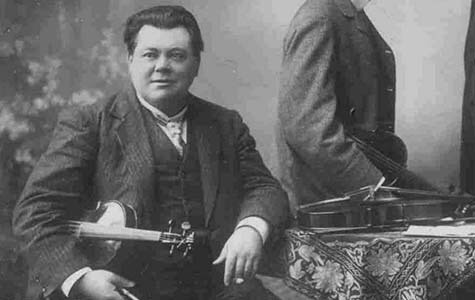 The Royal Manchester College of Music once occupied the site on Oxford Road where the current Contact Theatre now occupies.Often confused with the Royal Northern College of Music, it has a very distinct history.

It was the brainchild of Sir Charles Halle, opening in 1893 and existing until the 1970’s.Its founding was no plain sailing as Geoff Thomason, Deputy Librarian at Royal Northern College of Music told the Manchester Regional Centre for History

In November 1891 Sir Charles Halle set up a meeting in the Lord Mayor’s Parlour with a view to setting up a project, to establish a series of professional concerts, to provide a Manchester equivalent of the London College of music and to build a new concert hall.

The meeting minuted a resolution to form a committee to set up a College of music in Manchester and collect subscriptions.
The committee itself was a mixture of local politics and captains of industry and included Halle himself as well as the Mayors of Manchester, Salford and Oldham as well as the cotton magnate William Holdsworth.

It was seen from the outset as a College for the North of England, many of its early students were women, then excluded from higher education, and it could be regarded as a specialist finishing school.

Halle was determined that it would be a success, his strenuous efforts to acquire finance and patronage would use many of his own channels to achieve by any means. Both the including the Prince of Wales, the future Edward VII and the poet Tennyson who would both decline.

Fund raising took place across Manchester and the North West, many events saw Halle personally speaking while at the same time he began to appoint staff, again not advertised but all his personal contacts, including himself as Professor of piano, and his sister in law to the piano teaching staff.

By the end of 1892, the draft constitution had been drawn up, the committee now included over forty mayors of various North West boroughs and a suitable building was found.

Built as a club as the corner of Ducie and Deva street, though never used as as such, the building survived until 1981 and was funded at the time by the Lees family of Oldham

Sir Charles Halle was appointed as its principal in March 1893, and accepted a salary of £1000 a year, ( a small fortune) and by the end of April most of the teaching staff ( paid seven shillings and sixpence an hour by comparison) had been appointed.

One ongoing concern was obtaining the Royal Charter which Halle hoped to secure with his connections to the future Edward VII. In the end the charter saga would drag on until the 1920’s, Queen Victoria, only granting it the right to call itself royal.

It was announced that the Royal College would open on the 2nd of October that year in an advert in the Manchester Guardian even though it had not been given the right as yet to call itself royal.

Sir George Grove, principal of the London Royal college objected to its title. Halle was determined to fix this problem by meeting Grove.The council, meanwhile in his absence, resolved to call itself the Royal Manchester College of Music as opposed to the Royal College of Music Manchester which did placate Grove.

The issue of appointing a president had also to be resolved, there were tensions over the numbers of applications and between Halle and certain members of staff and concerns over an opening ceremony and the overspend on furniture.
.
The number of students at opening was 71, the first Lucretia Crawley, aged seventeen of Crumpsall who would leave later without graduating.

Halle lived on for two years after the opening of the college, often negotiating for a replacement to give his lessons, but would be instrumental in appointing the man who would eventually be his successor, Adolph Brodsky, as principal professor of the violin and conductor of the orchestra going over the heads of his committee.

Halle died suddenly in October 1895, the council heard with deep regret the death of the great man and passed a resolution to appoint a committee to appoint Brodski the new principal.

He remained in that position until his death in 1929.

Rochdale set to honour ‘our Gracie’