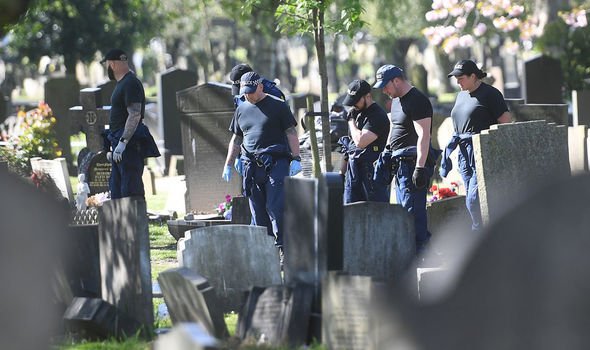 A 34-year-old man has been arrested after firing shots in Gorton Cemetery after friends and family gathered to pay their final respects to Clive Pinnock.

Pinnock, dubbed Mr Ibiza was killed after the motorbike he was riding in Gorton was involved in a collision with a BMW two weeks ago.

Crowds had gathered in the cemetery when armed police were scrambled to the scene after the shooter was understood to have been stabbed in what police later described as minor injuries.

Senior Investigating Officer Detective Inspector Claire Moss, of GMP’s City of Manchester division, said: “Whilst we currently have a man in custody I want to make it very clear that our investigation does not stop here. We are progressing a variety of forensic and CCTV opportunities to make sure that those responsible are brought to justice.

“I would appeal to anyone who has any information to please get in touch and help us, as even the smallest detail can assist our enquiries.”

Greater Manchester Police have also made a statement following what the large crowds that attended the funeral.

Superintendent Rebecca Boyce of GMP’s City of Manchester division, said: “We were made aware of several gatherings taking place yesterday in Gorton in relation to a funeral.  In the lead up to the funeral, officers engaged with the immediate family of the man who had sadly lost his life to explain the government guidelines and to discuss details of their plans.

“A careful assessment was then made about the policing approach to any gatherings associated with the funeral. Our overriding priority was to ensure that the wider public were kept safe. We continued to closely monitor the situation and as it progressed it was clear that the emotions of those at the gathering were high and therefore a decision was made, in the interests of public safety, not to intervene unless the wider public were put at risk by the groups. An arrest was subsequently made of a man who remains in custody in relation to a firearms discharge which happened close by.

“We understand that there has been public concern regarding the events of yesterday. We want to sincerely thank the majority of the public, many of whom are struggling with the loss of loved ones, who have not risked the safety of others by attending gatherings such as funerals in breach of government guidelines. We all have a legal and moral responsibility to abide by the legislation, which is in place to save lives.

“We can only get through this difficult time with the support of all our communities and therefore we would continue to appeal to members of the public to follow the government advice and work with us during what is a particularly challenging time for everyone.”