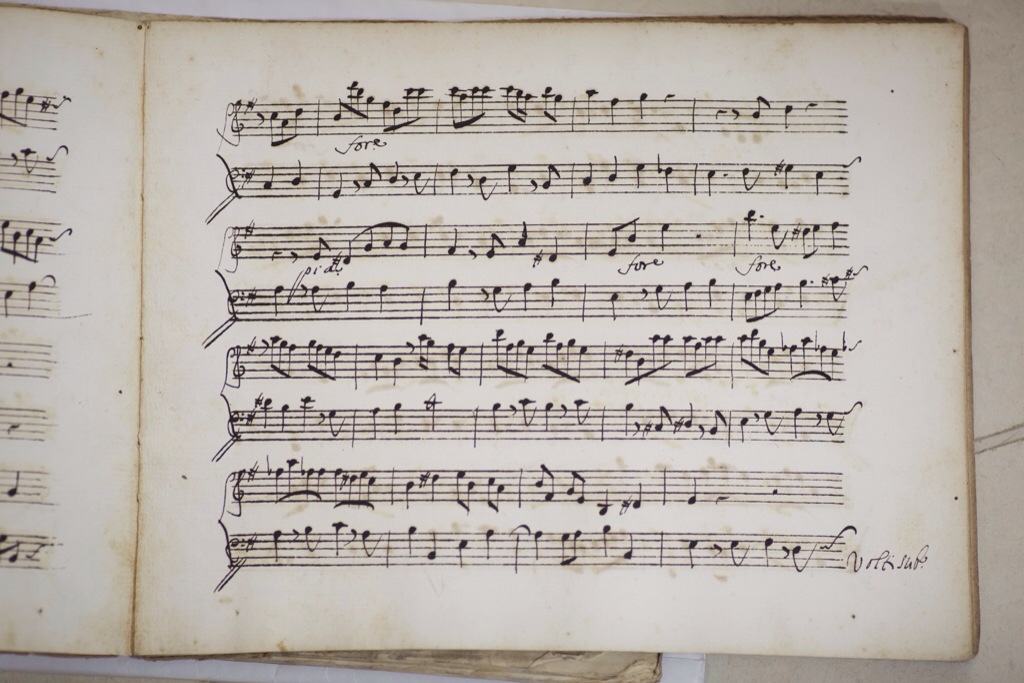 An eminent musicologist has donated a score from the early 18th century to an internationally important collection of Italian music at Manchester Central Library.

The score to Pietro Paolo Bencini’s “Li due volubili” – which has never been recorded and was for many years feared lost – was separated from its violin and vocal parts in 1918, when the two pieces were accidentally auctioned as separate lots by Sotheby’s.

The violin and vocal parts later made their way to Manchester’s Henry Watson Music Library, but experts couldn’t track down the missing score – which includes parts for violins, cello, harpsichord, double bass and lute – until it was later purchased by Professor Michael Talbot.

Prof Talbot, a leading scholar in the field of 18th century Italian music, said: “This score was produced in around 1710 for a famous patron of the arts, Cardinal Ottoboni, who would have had the music performed at his palace in Rome.

“It was thought lost for much of the 20th century, but eventually resurfaced and I was able to purchase it.

“I knew that the other half of the piece was kept at the Henry Watson Music Library and after I used the manuscript to complete an academic work, I decided to reunite the two parts. It was very important to do so, as this is the only known source of this piece of music in the world.”

‘Li due volubili’ has not previously been performed in the United Kingdom and Prof Talbot hopes that early music specialists will consider playing it now that the two halves of the manuscript are back together.

Prof Talbot was highly impressed with the refurbished Central Library, which has recently reopened after the successful completion of a four-year transformation, adding: “Central Library today has a splendid mix of the old character and new features. It is a feast for the eyes and a lovely atmosphere to work within.

“Nothing has been lost through the refurbishment, but much has been gained.”

In the 1970s, Prof Talbot discovered a unique collection of works by Antonio Vivaldi at Henry Watson Music Library. These are now known as “The Manchester Sonatas” and are currently on public display in Central Library’s Reading Room.

The Henry Watson Music Library also holds a collection of more than 350 manuscripts of music by George Frideric Handel, plus around 2,000 pieces of early music, dating back as far as the 1590s.