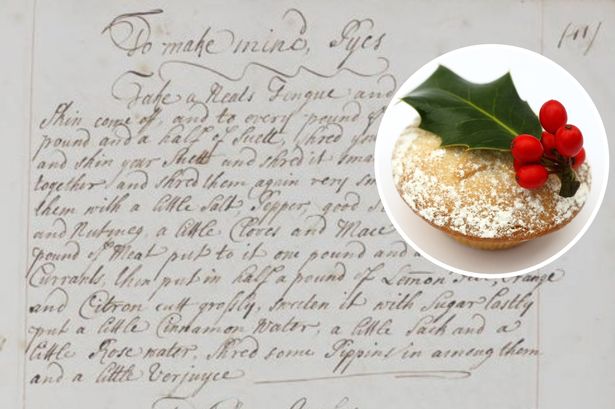 The recipe book is part of the Blenkinsopp-Coulson (William) Archive. William Lisle Blenkinsopp Coulson (1841-1911) was a prominent figure in Newcastle upon Tyne, establishing the Newcastle Dog and Cat shelter at Spital Tongues.

The recipe was recorded by Jane Blenkinsopp Coulson, who lived in the Jesmond area at the time she compiled the recipe book.

Geraldine Hunwick, Senior Archivist, Special Collections & Archives, Philip Robinson Library, explained: “Jane’s family, the Blenkinsopp family, had held the ancient manor of Blenkinsopp in Northumberland from the 13th century. Jane was the sole heiress to the manor and in 1727 she married William Coulson of Jesmond. As far as we know, they then went on to reside in Jesmond, as by 1832 Blenkinsopp Castle was in complete disuse”

You may not know all the words in the recipe

Neat: archaic regional term for a bovine animal; an ox or bullock; a cow or heifer.

Sack: general name for a class of white wines formerly imported from Spain and the

Verjuice: The acid juice of green or unripe grapes, crab-apples, or other sour fruit, expressed and formed into a liquor; formerly much used in cooking.

One in ten households have experienced food poverty say MP’s