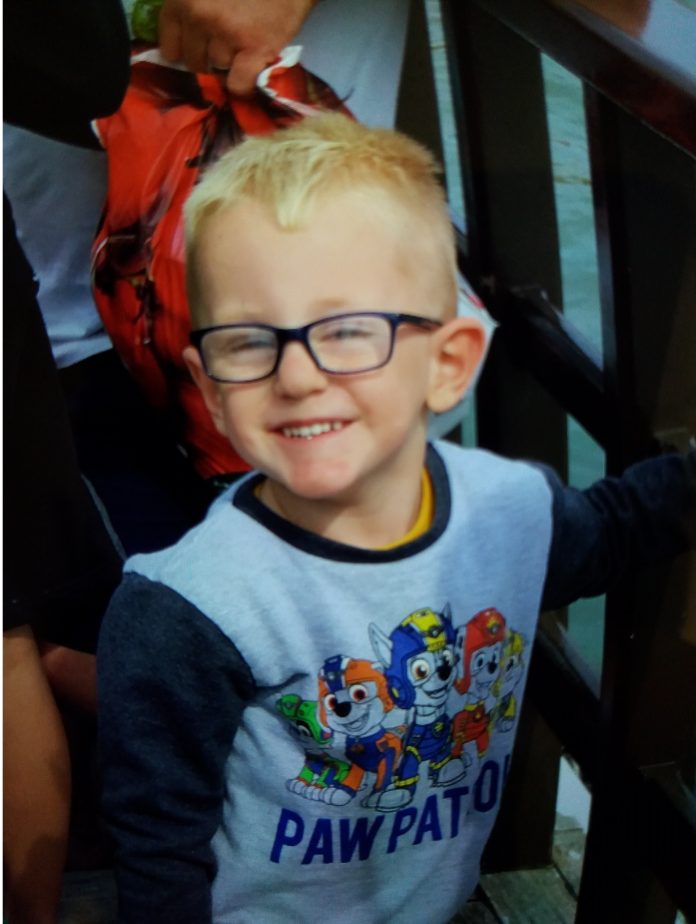 Two teenagers have been arrested following the incident yesterday morning when a three year old boy was left in a critical condition after being hit by a stolen van being pursued by police in Leigh,

The white Ford Transit Connect van failed to stop for officers and during a brief pursuit, the van collided with a three-year-old.

The van failed to stop at the scene and fled towards Twist Lane.The police officers immediately stopped and administered first aid to the boy before paramedics and the air ambulance arrived at the scene.

The child, now named as Leo Durrington has been taken to hospital where he remains in a critical condition.

The incident has been referred to the Professional Standard’s Branch in line with normal force policy.

On Tuesday evening, detectives investigating the collision arrested a 16-year-old boy on suspicion of causing serious injury by dangerous driving, aggravated vehicle taking, failing to report a collision and failing to stop following a collision.

A 15-year-old boy was arrested on suspicion of allowing himself to be carried in a stolen vehicle.

Police Sergeant Lee Westhead, of GMP’s Serious Collision Investigation Unit, said: “Thanks to the quick work of our officers, and information received from the public, we have managed to make two arrests following this horrendous incident earlier today.

“I would like to thank everyone who has come forward to police with information so far but our investigation does not stop here, and I would ask anyone with information about what happened to please get in touch with police.

“Leo is still in a critical condition in hospital, and my thoughts are with him and his family at this incredibly difficult time.”

New strategic plan for the North’s transport is published