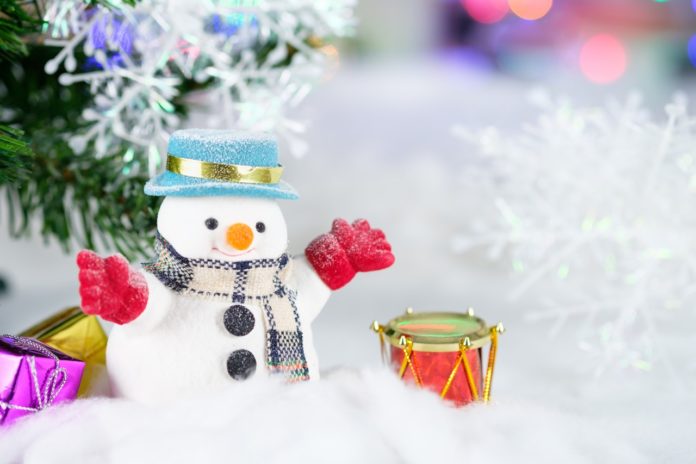 For the music lover, December 21 means finding out which artist has snatched the top spot of Christmas number 1. Ariana Grande’s ode to her exes, Thank U, Next is a strong contender, while Jess Glynne and Little Mix are also high for their recent releases. Christmas stalwart Mariah Carey is back in the top 10 with All I Want for Christmas is You, while James Arthur and Anne-Marie’s Greatest Showman cover Rewrite the Stars is inching towards the top spot, also. But what kind of songs typically achieve Christmas number 1?

Tameside’s very own Shayne Ward – now more famous for his role as Aidan Connor on Corrie – landed a Christmas number 1 with his rendition of That’s My Goal and went on to become the fastest selling artist of 2005 with 313,000 copies of the song sold in the first two days. His X Factor comrades – claiming six more number 1s from 2006 to 2014 – are also shoe-ins for the top spot. Dalton Harris, the incumbent winner of 2018’s edition of The X Factor, is hopeful that The Power of Love has the power to achieve him the first X Factor Christmas Number 1 since Fleur East first burst onto our screens.

The charity singles are also a way of achieving the top spot, playing on the desire to help others at this time of year. As Betway shows, there have been six charity singles hitting the top spot. Band Aid won the top spot three times – 1984, 1989, 2004 – while the Lewisham and Greenwich NHS Choir, The Justice Collective, and Military Wives have all nabbed the top place with their charitable renditions of popular songs. The original Band Aid is inching towards the top 25, so could have an outside chance of winning.

As Christmas number 1 becomes more and more coveted, novelty tracks aim to try to snatch the title from more established serious contenders. 2009 saw a campaign for Rage Against the Machine to win the title from X Factor winner Joe McElderry. 2000 saw Bob the Builder ask Can We Fix It?, while in 1993, Mr Blobby rose to fame with his self-titled Christmas number 1. Some would argue that having Mariah Carey win the title with her song released back in 1994 would also be a novelty that shows the futility of attempting to win such a prestigious accolade in music.

So, following these guidelines, creating a Christmas number 1 should be fairly easy!

Lockdown Diary-“masks are absolutely useless unless they cover your nose and mouth so stop...

Where are the best options for playing at the casino in Manchester?