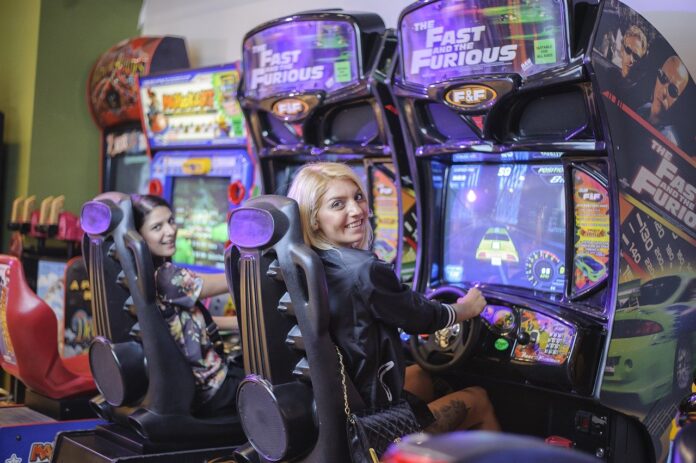 Manchester is widely considered the Northern home of cool.

But there’s room for more than the Gallagher swagger in this city, and these days Manchester is at the heart of Northern counterculture.

With geek chic becoming an ever-popular trend, the city centre is kitted out for all your nerdy needs, whether you’re something of a Jedi Master, or don’t know your Marvel from your DC. These are just three reasons the city is a number one spot for all things geek.

The city is home to two fantastic comic bookstores. First up, internationally renowned Forbidden Planet, which specialises in memorabilia and collectibles as well as comics and graphic novels. Spread across two floors in the Northern Quarter, it’s an absolute Nerdvana for sci-fi and fantasy fans.

A few streets away is Travelling Man. A smaller and more personalised experience, these guys are real experts in just about everything, from superheroes to CCGs to Dungeons and Dragons.

And never to be left out, indie mecca Afflecks Palace has The Animaid Café, a second-floor hangout for anime and manga lovers. The café, which serves a number of Japanese drinks and snacks, also encourages cosplayers and stocks anime-themed curios such as figures, clothing and accessories.

There’s also Card Empire. Best known for its stock of Pokémon, Yugioh and Magic the Gathering cards, these guys are experts in collectible cards and stock a number of rare decks, single cards, booster packs and limited edition runs.

Manchester is one of the North’s trendiest nights out, and for those looking to get the full nerd experience, the city does not disappoint.

Plenty of Northern Quarter bars accommodate gamers in their weird and wonderful themes – like Hold Fast, which has an N64 and a Happy Hour. A trip here makes you a winner in more ways than one.

There’s also Guilty By Association – a little more subtle, but you’ll find an old school Street Fighter II arcade machine in the corner as well as a football table.

Then there’s NQ64, whose retro arcade games include Mortal Kombat, Guitar Hero and various pinballs, as well as a PlayStation, SNES, Sega MegaDrive, and the namesake N64.

Last but not least are the vast range of events the city hosts, including one of the best Comic Cons in the UK. Zany, inclusive and imaginative, the city’s warm and welcoming spirit extends to its nerd community in this beloved annual event.

Then, of course, there’s Play Expo Manchester. This year’s event has sadly been cancelled, but tickets are already on sale for 2021. Amongst its most popular events is the Fortnite battle, open to all.

In fact, it’s not the only popular Fortnite event in town, as 2019 saw Estars bring their Fortnite tournament to the Etihad Stadium. While all these events are on hold for the time being, Fortnite fans should check out GINX Esports TV for the latest updates, not just in Manchester but across the world, when it comes to this beloved battle royale.

Share your own Manchester nerd spots in the comments section!