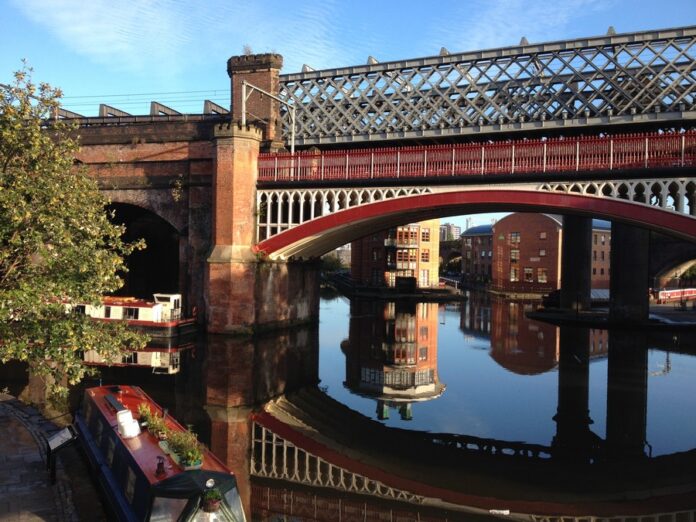 A 26-year-old man from Manchester has been arrested following a sexual assault, as well as reports of numerous indecent exposures in the city in recent months.

Yesterday morning police were called to reports of the sexual assault of a woman in her 20s on Slate Wharf.

The woman is believed to have been walking in the area when she was approached by a man who attacked her.

Since June, officers have received reports of seven indecent exposures. All of the offences are believed to be linked.

The incidents are understood to have taken place in the Castlefield and St John’s areas of the city, with the most recent report being received by police earlier today

The man has been arrested on suspicion of sexual assault and indecent exposure and remains in custody for questioning.

Superintendent Chris Hill, of GMP’s City of Manchester division, said: “These incidents have caused great concern and distress for the people of our city who have been going about their daily business and unwittingly seen these acts take place.

“While we have made an arrest, I urge anyone yet to do so to contact police with any information that may aid us in our investigation to ensure the man culpable for these offences is brought to justice.”