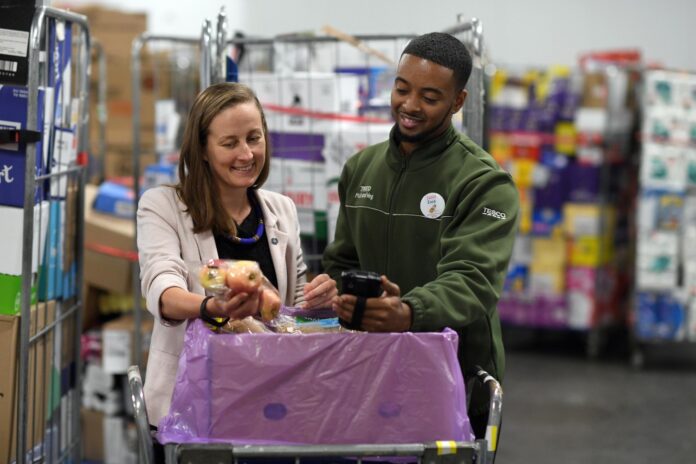 Tesco has donated 2,316,514 meals of surplus food in Greater Manchester, the supermarket revealed today, as it hit a milestone of 50 million meals being donated across the UK.

The food has been donated through the Community Food Connection scheme it operates with food redistribution charity FareShare. Every Tesco store in the UK participates in the scheme, which is celebrating five years of helping communities across the country. Each month more than a million meals of food are donated.

Since the start of the pandemic almost 700 new groups have signed up to receive food from the scheme, helping to respond to the needs of communities across the UK.

FareShare’s Chief Executive Lindsay Boswell said the scheme, the largest of its kind in the UK and believed to be the largest in Europe, was making a real difference.

“We are delighted that Tesco has reached this milestone – donating the equivalent of 50 million meals is no mean feat and has gone such a long way in supporting thousands of charities and community groups up and down the country,” he said. “The scheme is a real game-changer for organisations working with the vulnerable, allowing even more people to access good to eat food which would otherwise go to waste.”

The scheme works by pairing charities and community groups with their local Tesco store. At the end of each day a store colleague works out which food is likely to be unsold and then uses a specially-developed app to tell a local charity or community group what food can be collected.

Across the UK 7,000 charities and community groups have benefitted from the scheme, with 115 groups currently receiving surplus food from Tesco stores in Greater Manchester.

Among the local groups that receives donated food from the scheme is Bideford Café, a community café and foodbank in Wythenshawe.

Kirsty Taylor, spokesperson for the Bideford Café, said: “Tesco’s scheme has meant we have been able to provide warm meals to more families in the area, which is invaluable. The team at Tesco have been really great and shown real commitment to helping us – we’re extremely grateful. We’re completely run by volunteers and we rely on the food and items donated by local supermarkets, churches, and local businesses.”

Community Food Connection is just one of the ways that Tesco is tackling the issue of food waste, and it has played a key part in ensuring that 77% of the surplus food from Tesco stores no longer goes to waste.

Tesco UK CEO Jason Tarry said: “Tesco Community Food Connection has made a real difference to communities. Now that we are five years into the scheme the fact that we have donated 50m meals allows us to reflect on its success, and the difference the scheme has made not only in feeding people in communities across the UK but also to tackling climate change. However, there is more to do, and we are looking at how we can divert even more food from waste in future.”

Audenshaw’s Made by Mortals awarded £60,000 to support older people and children during the...