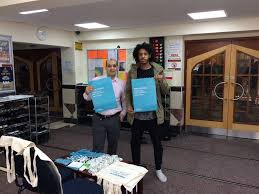 Community organisations across Greater Manchester are celebrating today after being awarded £2.7 million in National Lottery funding.

The money, raised by players for good causes, is being distributed by the National Lottery Community Fund, the largest funder of community activity in the UK.

In total, 152 community projects across the region are receiving a share. These range from an all-woman health group for asylum seekers and refugees to a community cooking group. Key towns and cities including Bolton, Salford, Wigan and Manchester, will benefit from the funding.

Wigan Men’s Sheds receives £10,000 to bring men together to share and learn new skills, and reduce isolation and loneliness. The funding will be used to develop the local ‘men’s shed’ for male members of the community.

A particular focus for the region areprojects that support young people, specifically dealing with issues such as youth violence, unemployment and mental health. Organisations include Friends of BSTC (Bolton Science and Technology Centre)and Peace with the Ops in Manchester.

Peace with the Ops has been awarded £9,690 to work with young people from different neighbourhoods around Manchester (Harpurhey, Miles Platting and Ancoats). The aim of the project is to encourage young people to socialise with one another through activities such as football and day trips in the hope of improving community cohesion and reduce anti-social behaviour.

Friends of BSTC, created Game on 4 Girls which aims to get more school girls interested in STEM subjects (Science, Technology, Engineering and Maths) by teaching them how to create and program their own video games. The project received £9,980 in National Lottery funding however this is not the first time the organisation has received funding. Friends of BST previously received funding for a similar project which targeted boys and girls aged 7 -11.

Professor Jo Daly, Game on 4 Girls, says: “Women in STEM are still a minority and are times misrepresented. It is essential that we at the University of Bolton Centre for Games Development work with local community projects such as Game on 4 Girls to act as mentors and role models to nurture girl’s interest in STEM subjects. The National Lottery Community Fund with Game on 4 Girls offers a chance for these girls to see a route for themselves into games development and to see that women in games are a fun, enthusiastic and diverse bunch doing something for a living that genuinely thrills them.”

Jenny Rouse, Head of Funding for the North West region at The National Lottery Community Fund, said: “National Lottery money continues to change the lives of thousands of people across Greater Manchester. From community-led projects that reduce loneliness and isolation to those looking at ways of tackling issues such as education amongst young people, this quarter’s funding has one thing in common – it’s all been awarded to groups with the ideas, knowledge and passion to make the changes they want to see in their local area. Thanks to National Lottery players, projects like Game on 4 Girls are investing in what matters most to them and their community”

Greater Manchester isn’t alone in enjoying the good news – the North West as a whole is receiving £7 million, which is being distributed across 379 community projects and organisations.