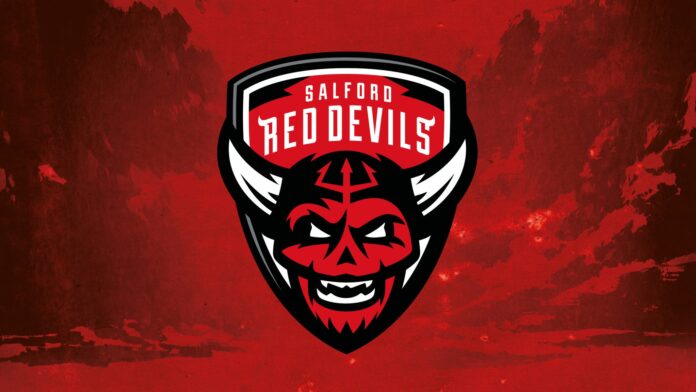 Salford Red Devils’ Kallum Watkins believes Salford can rise to the challenge of St Helens ahead of their Round 1 clash with the reigning champions on Friday.

The England centre, who joined his boyhood club back in September, thinks the Red Devils have every reason to be confident that they can take victory from Saints in the opening round of the Betfred Super League.

Following a promising pre-season, a strong start to the campaign will be key to fulfilling Watkins’ wider ambition to bring silverware to the AJ Bell Stadium.

Watkins said: “It is exciting, you have got to take it as a challenge.

“For us, it has been a really good pre-season and we are confident that we can go into Friday and win.

“We are going up against the champions, there is no two ways about it, they are champions for a reason, they are a quality side and they have been the best side for the past two/three years.

“We have got a good squad, we have just got to believe in ourselves as a group that we can go there and get the job done.”

Salford Red Devils’ Betfred Super League season opener kicks off at 6pm this evening at the Emerald Headingley Stadium, live on Sky Sports and on Our League for season ticket holders.