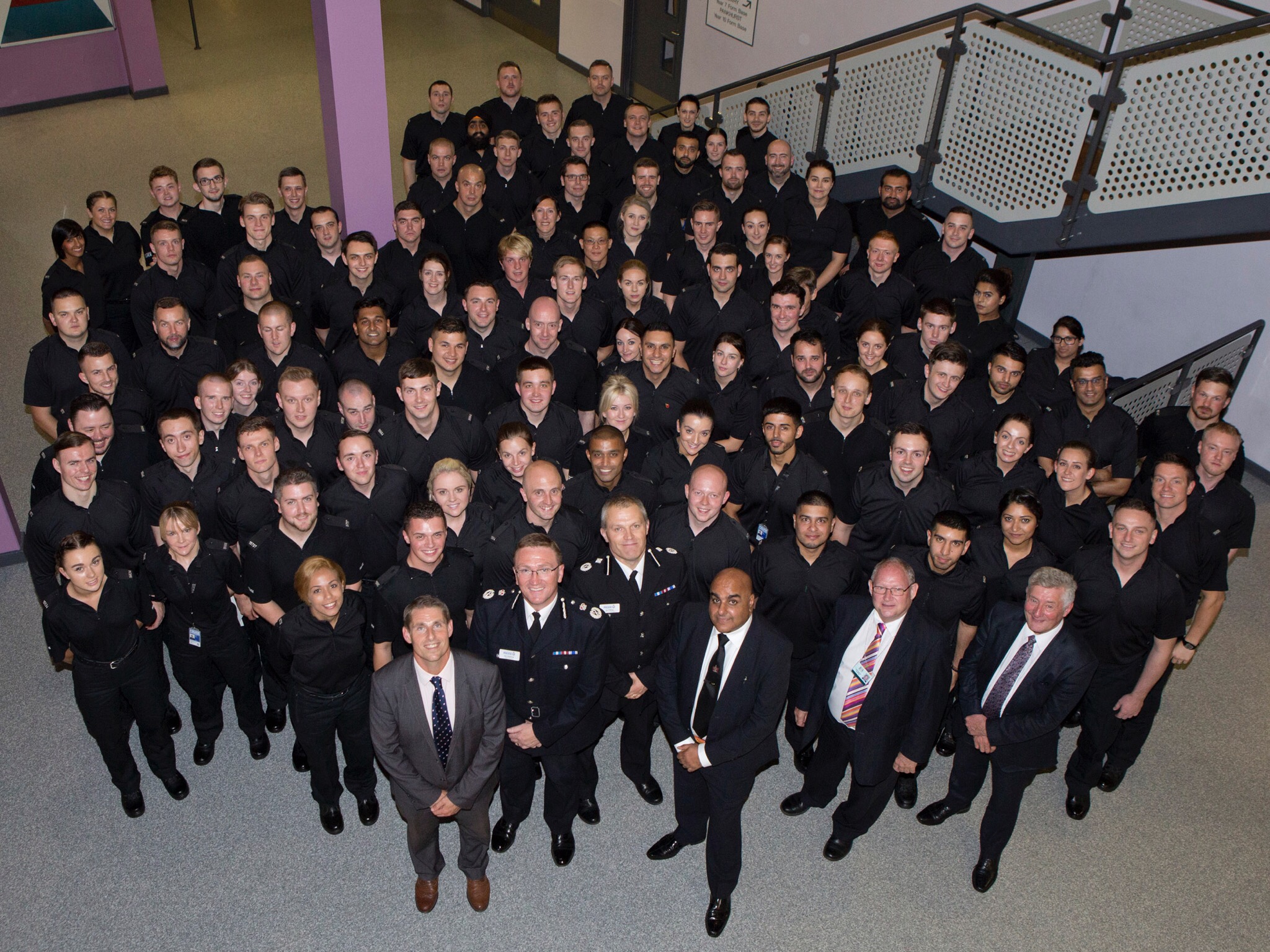 The new recruits were sworn in at an attestation ceremony at Harrop Fold School in Worsley last week. It is the first time an event of this kind has been held at a community venue.

Family and friends of the new officers watched on proudly as each of them made an oath to uphold the office of constable with fairness, integrity, diligence and impartiality.

Chief Constable Ian Hopkins chose to hold the attestation at Harrop Fold School, rather than a police building, to emphasise to the new recruits what it means to be a police constable.

Natasha Feerick, 24, originally from Rochdale, will be based in the City of Manchester borough after completing her officer training.

Before becoming a PC, Natasha studied Criminology at Sheffield Hallam University. After graduating in her degree in 2014, she became a manager for Marks and Spencer.

In March 2015, Natasha decided to volunteer for the GMP Special Constabulary, where she was based also based at the City of Manchester division.

Regarding her previous roles, Natasha said: “The most important things I learnt from my role as a manager was how to communicate and relate to people.

“Every day I was speaking to different people, whether that was colleagues or customers, and I had to adapt my approach to every person and situation. Speaking is something that we all do naturally but being able to communicate effectively is completely different.I also learnt vital leadership skills and how to able to take control of a situation and make decisions based on the information at hand. These were especially useful skills when I become a Special Constable, and should stand me in good stead when I become a full-time PC.”

On why Natasha decided to join GMP, she said: “I have always wanted to be a PC since a young age and after joining the Special Constabulary in 2015, this only added fuel to my ambition.As a Special I gained so many valuable experiences, from working a high adrenaline shift with response, to taking part in plain clothes operations – this allowed me to see the diversity of policing and made me realise that becoming a full-time officer at GMP was definitely something I wanted to do.I’m sure there will be challenges ahead but I’m looking forward to working hard, learning new skills, working with colleagues from across GMP, and of course, helping people from within the City of Manchester community.”

He said: “The primary role of each officer is to help and serve the public, therefore it is only right that we hold this attestation at the heart of community, where it should be.I would like to thank Harrop Fold School for allowing us to hold our ceremony here.”

On what lies ahead for the new officers, Chief Constable Ian Hopkins said: “Policing is now more challenging and complex than ever before, with significantly more scrutiny now being placed on officers, which is rightly to be expected.Due to the rigorous selection process and training involved, plus the emphasis we place on supporting each other at GMP, I have no doubts that these officers will meet any challenges that lie ahead.I am sure at the end of their careers they can proudly say that they left the Force and the communities of Greater Manchester in a better place than when they started.”

All of the new recruits have previously been employees with GMP, either as Police Community Support Officers (PCSO), Special Constables, apprentices or police staff, and will build upon their existing skills and knowledge involved with policing.

The 100 new officers joining GMP will maintain the total overall number of officers at current levels.