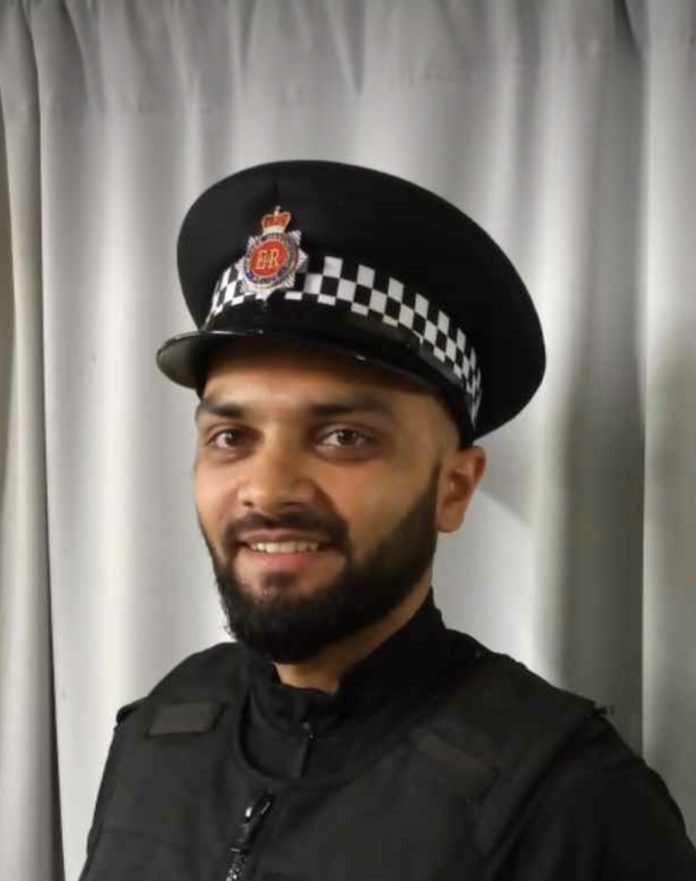 Hundreds of people turned out to pay tribute to the 38-year-old Greater Policeman who died suddenly while on holiday with his family in Scotland last week.

PC Saddique joined GMP 12 months ago and was a student officer based in Tameside where he was highly respected by his colleagues. Outside of work he enjoyed hiking and trekking and was involved in outreach projects in the local community, which encouraged youngsters to experience outdoor activities.

Chief Constable Ian Hopkins paid tribute to PC Saddique: “It was a privilege to attend PC Shazad Saddique’s funeral and meet his kind and gracious family.

“Shazad was described as a role model for young British Muslims, combining his faith with being a proud British citizen and serving his community through policing. He was taken far too soon and he will be sadly missed by all at GMP.”

Our thoughts are with Shazad’s three children and his wife who is pregnant with their fourth child.

The funeral of PC Shazad Saddique took place at the Madina Mosque in Oldham and Chadderton Cemetery yesterday.