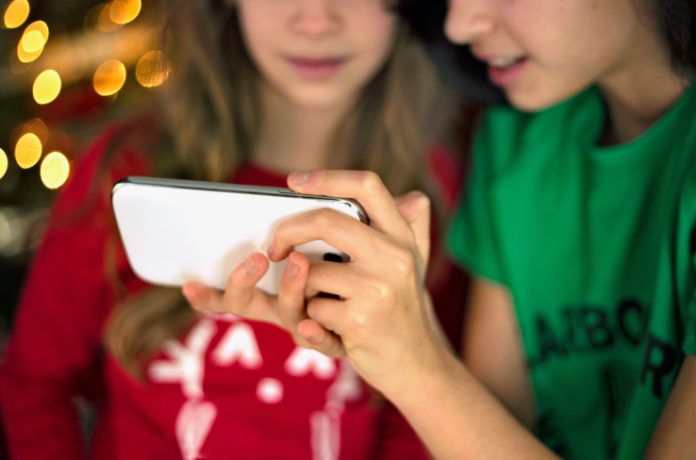 More than one in four teenagers – an estimated 108,000 young people in the North West – say they couldn’t enjoy Christmas without social media according to a new survey carried out for The Children’s Society.

Many young people are left casting envious glances at their peers and people they follow, with 31%, 124,000, saying that social media use at Christmas makes them want more gifts and presents after having compared themselves to others.

One in five children think that friends on social media seem to be having a better Christmas than them.

However, 40 per cent felt that social media made them think more about those who are less fortunate than they are at Christmas time.

The poll of 1,010 13-17-year-olds in England and Wales, conducted by Research Now for The Children’s Society, found nearly a third (32%) increased their use of social media over Christmas, with only 8 per cent saying they spent less time on the online platforms.

Almost half (47%) of all young people said they didn’t spend enough time with friends during the Christmas break, with three quarters (76%) of those who use social media more at this time of year saying they did so to see what their school friends were doing over the holidays. Worryingly 13 per cent said they use social media more at Christmas to help them feel less alone, while 17 per cent do so to escape family stress and 32 per cent do so because they feel bored.

Rob Jackson, North West Area Director at The Children’s Society, said: “Christmas can be a stressful time for everyone, including children. Many miss their friends whilst not at school and social media can represent an important lifeline to the outside world.

“Although social media can have many benefits, we know that overuse can be damaging to young people’s well-being and may harm their mental health.

“That is why parents need to be aware of what children are doing online and more needs to be done to raise awareness about how to minimise risks and help ensure use of social media is as positive an experience as possible.

“It is also absolutely vital that parents talk to their children, support them to see friends and encourage them to stay active.

“By doing so they can help them to overcome the stresses of the season and enjoy the festive spirit.

“There will however be many children this Christmas, with nowhere to turn, and at The Children’s Society we support thousands of these young people.  It is vital that more of them are able to access the support they need all year round.”

The Children’s Society is calling for tougher regulation and decisive action by social media companies to ensure the online world is safer for children and to minimise risks like cyber-bullying and online grooming.

It wants to see clearer child-friendly guidelines, better advice on blocking people and reporting issues, and quicker and more effective responses to reports of inappropriate behaviour and material.

Mr Jackson added: “The Government must do its bit to make sure this happens, and we would urge it to listen to the voices of young people in developing its proposed Code of Practice for social media companies, which we would like to see in place as soon as possible.”