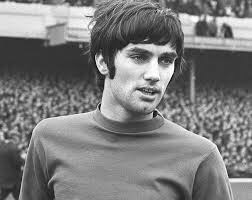 BAFTA winning film maker Stephen Evans is on the lookout for a football apprentice to play George Best in a new biopic about the former Manchester United and Northern Ireland star.

Evans, who can count productions of Madness of King George, Henry V, Much Ado About Nothing, Twelfth Night, Confessions of a Dangerous Mind amongst his works, hopes to begin filming this summer in Belfast and Manchester and Best’s relationship with his landlady Mary Fullaway, when he moved to Manchester at the age of fifteen, is said to play a major part in the film.

Evans told the Sunday Times that “She did everything. She used to answer sackloads of fan mail that came in, she built him up weight-wise by feeding him well. “He was very homesick when he came to Manchester. She was the one who helped him get over it.”

Evans’ most recent film was based around the story of Seve Ballesteros and he cast a rising young golf star Jose Luis Gutierrez in the lead role, something that he hopes to emulate in the Best Movie, which will chart the stars career from the backstreets of Belfast to his descent into alcoholism and his death in 2005 at the age of 59.

Best played for Manchester United from 1963 until 1974, helping the team to European Cup glory in 1968 and being voted European player of the year, scoring 178 goals in 466 appearances.