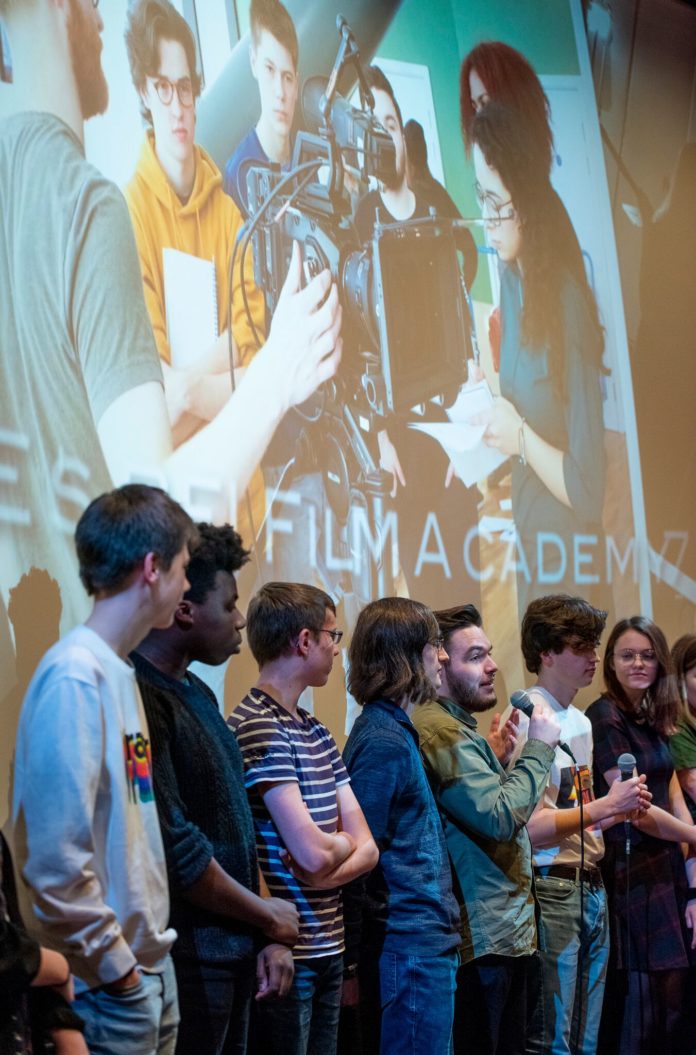 A collection of the region’s young up and coming filmmakers have released a new film exploring some of the issues and ideas connected to the legacy of the Peterloo Massacre 200 years on, as part of the HOME BFI Academy 2018.

The film academy has been running for seven years and on this occasion has partnered with Peterloo 2019, a project led by Manchester Histories to explore the contemporary perspective of this watershed moment in the story of Manchester.

A group of 18 young people aged 16-19 were given chance to take part in an intensive film-training course.  Their creative challenge was to consider how the themes of the Peterloo Massacre (16 August 1819) relate to their lives; looking at comparative issues of freedom of speech, democracy and protest 200 years on.  The Peterloo Massacre began as a peaceful demonstration in Manchester for rights and representation with thousands gathering to express their views; thefilmmakers used this as a counterpoint to look closely at what freedom of expression means to them.

The results of their exploration is a short film entitled FREESTYLE, some of which has been shot on the streets of Manchester.  The narrative follows the journey of a young dancer, with the students developing the script and storylines.

Jason Wood, Artistic Director of Film at HOME and Professor of Film at Manchester Metropolitan University, said of FREESTYLE, “This film is genuinely incredible. Shot with realism but with a sprinkling of hope. Congratulations to all. What an amazing thing to be part of.”

Reflecting on the course one of the young filmmakers said, “I am inspired to further involve myself in the subject of film, and the history of Manchester is something I want to take with me when making films.” Another remarked on the message of the film “It inspired me to talk about and explore a cause. If our film helps others see the messages and themes we conveyed then we couldn’t be more happier or inspired to do more.”

The film has premiered at HOME and is now available to view on the Manchester Histories website at:www.manchesterhistories.co.uk/projects/peterloo2019.  It will also be submitted to international film festivals taking place throughout 2019.