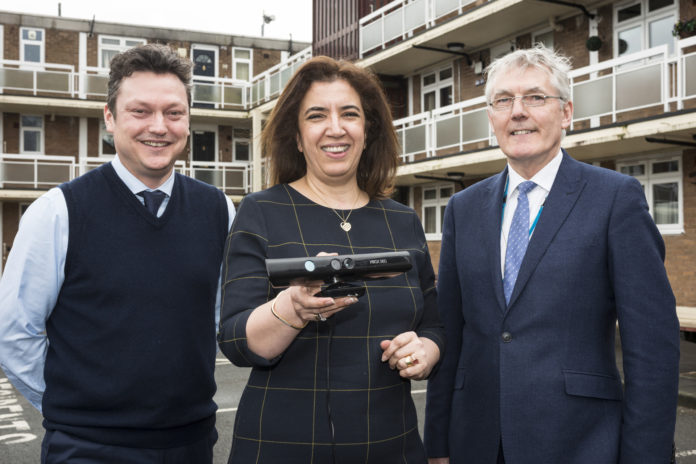 A ground-breaking research project which uses XBox technology to monitor the welfare of elderly people is in the running for a national award.

The MiiHome project, which is being trialled in Salford, aims to help older people live more safely in their homes for longer by tracking their movements using artificial intelligence.

Now the project has been shortlisted in the Innovative Landlord of the Year category in the UK Housing Awards, which recognise excellence in the housing sector.

The project has seen XBox Kinect sensors, which detect movement, fitted into a number of properties at Salix Homes’ sheltered living schemes, which provide accommodation for older people.

Jonathan Drake, service director at Salix Homes, said: “We are incredibly proud of our MiiHome research project, which could potentially change the landscape of how health and housing services are delivered in the future, so to be nominated for such a prestigious industry award is testament to the hard work and dedication of the partners involved.

“The idea of MiiHome is that it acts as a sort of ‘digital guardian angel’ which is able to detect changes in behaviour that could mean something is wrong, for example someone’s gait may have slowed down, or they may be getting up more than usual in the night.

“Its aim is to provide an early warning system to enable a health professional to step in and provide the right sort of care before the situation escalates, and hopefully reduce hospital admissions and pressure on our already overstretched NHS.”

The initiative is currently being tested in properties across Salford, but it’s hoped that one day this sort of smart home technology will be part of the fabric of homes for the older generation.

The winners of the UK Housing Awards will be announced at an awards ceremony in London in May.

Leading theatres call out for a new family dance commission