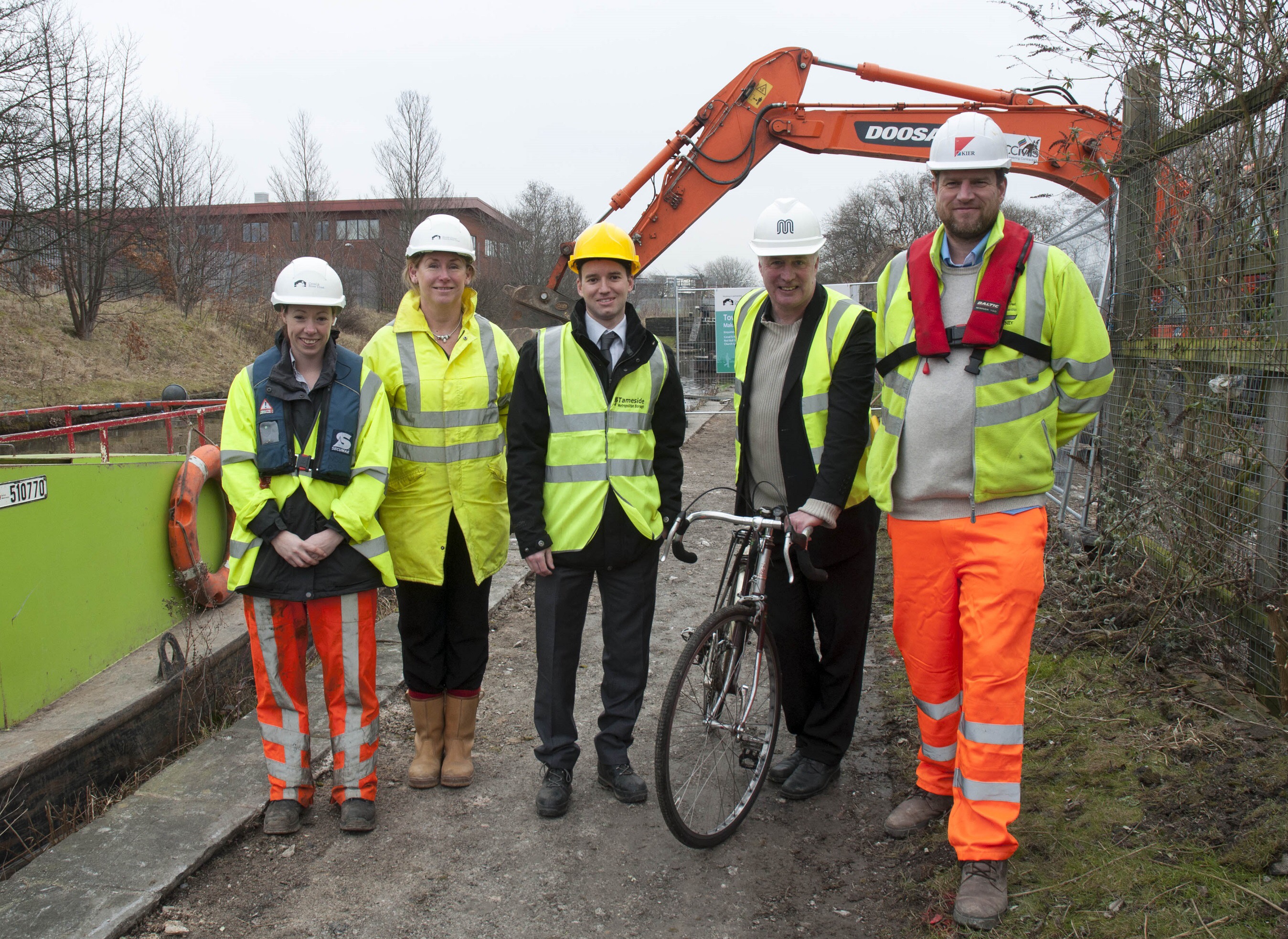 Cyclists are to get a major boost as work to upgrade the towpath along the Ashton Canal begins as part of Greater Manchester’s Cycle City programme.

The 8km towpath, which runs from Piccadilly Basin in Manchester city centre to Portland Basin in Ashton-under-Lyne, will be resurfaced with an all-weather path and widened as part of the project. Proposals also include improvements to access points to the canal for pedestrians and cyclists.

Transport for Greater Manchester (TfGM) is working in partnership with the Canal & River Trust, which cares for the nation’s 2,000 mile canal network, to deliver the improvements along the canal.

The result will be a high quality shared space route for cyclists, walkers, joggers and anglers, and will link local communities and the city centre.

Julie Sharman, Head of Enterprise with the Canal & River Trust, welcomed the start of the works. She said: “This project will improve the towpath for everyone making it accessible for cyclists, walkers, joggers, anglers and boaters. As well as providing a safe off road route we hope many more people will use this improved towpath for leisure giving local people a great opportunity to use our network to increase activity and to enjoy the canal side environment.

“Some of the route already has a good quality surface, near the Etihad City of Manchester Stadium and Piccadilly Village for example, but other areas will become much more accessible once an all-weather track is laid. At last it will be possible to cycle or walk the entire length of the Ashton Canal on a hard surface, providing new opportunities for commuters and city dwellers who want to re-connect to nature.”

Once completed later this year, Ashton Canal’s towpath will become one of the routes in the first phase of TfGM’s cycleway network, part of their DfT funded Cycle City programme.

The Cycle City programme is funded by a £20 million grant, awarded in 2013 as part of a national funding scheme to provide increased and improved cycling infrastructure to Greater Manchester.

The whole project along the canal towpath will take about 21 weeks to complete. While the improvement work is carried out, short stretches of the towpath will need to be closed, which will result in diversions being put in operation.