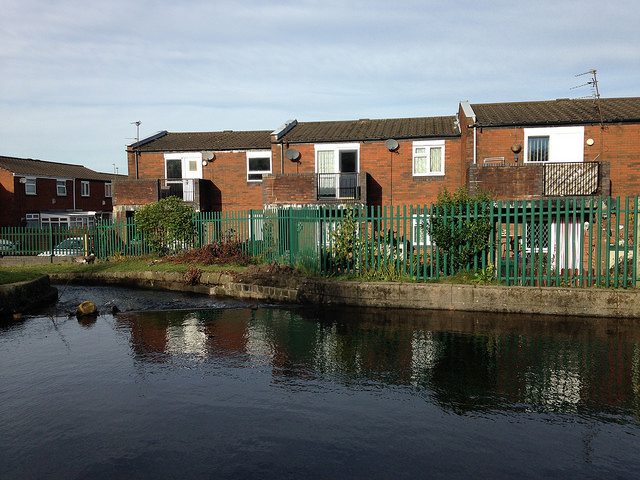 A women in her forties was threatened by a man with a knife before being pushed into the canal.

A member of the public safely brought her from the water and provided her with towels to keep her warm close to Risbury Walk.

The women was walking to work when she was approached by a man.

After a short struggle, both of them ended up in the water but the man managed to get out, leaving the woman behind, shouting for help.At some point during the incident, the man showed the woman a knife and took her handbag.

He is described as white, around 25-years-old and of average build and height. He is further described as clean shaven, with short, dark-coloured hair and was wearing light or cream-coloured trousers, a jumper of the same colour and braces.

Enquiries into the circumstances surrounding the robbery are ongoing say police.

Detective Constable Kath Cassidy of GMP’s City of Manchester division, said: “I appreciate this happened early this morning and it would have been dark but, from the wet footprints we’ve been able to identify at the scene, we know the man was soaking wet and would have raised people’s suspicions.

“From what we know at the moment, he took an elaborate route around the nearby streets before leading back towards the canal near to Gaskell Street.

“Did you see a man matching that description this morning? Were you also on your way to work and spotted someone acting suspiciously?

“We’re identifying CCTV opportunities to help us with our enquiries but something you may have seen, could lead us to the person responsible.”