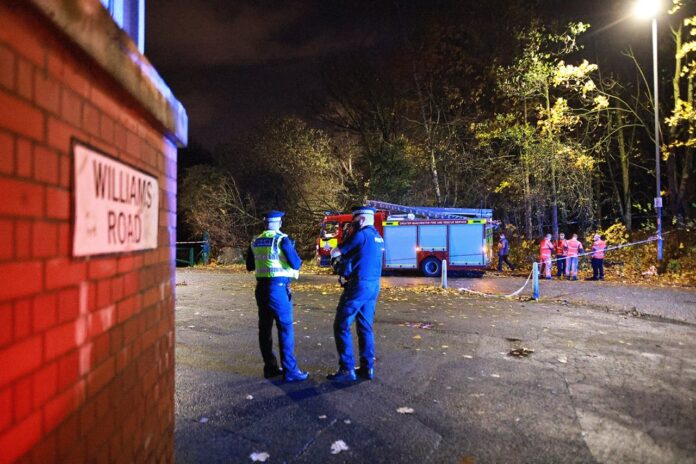 The fire service and police were called to the scene around 6:15 after locals had dialled 999 to report that someone had been set alight

A Greater Manchester Police spokesperson said: ‘Police were called around 6.15pm this evening by the fire service to a report of a fire in a woodland near Williams Road, Moston.

‘Emergency services attended and sadly found the body of a woman.

‘A scene is in place and an investigation is ongoing to determine the cause of the fire.’

The woman’s official cause of death – as well as her age, identity and what caused the fire – has not been confirmed by police, the Manchester Evening News reports.

One man dies a second injured and arrested after two linked stabbings in...

Covid chronicles’ – Keep a diary to help with Test and Trace says Manchester’s...