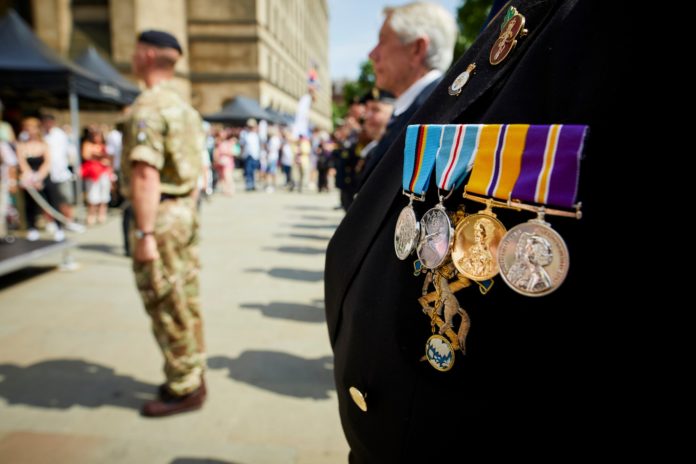 The streets of Greater Manchester will fall silent as the city remembers the fallen of past conflicts during the annual Remembrance Sunday commemoration.

In the City Centre,Civic dignitaries, faith leaders, political leaders and members of the armed forces both serving and veterans will be invited to pay their respects at the city’s Cenotaph in St. Peter’s Square at 11am on Sunday November 10.

The firing of a 105mm gun will mark the beginning and end of the traditional two minute silence.

The Remembrance procession will assemble on Peter Street outside the Radisson Hotel, setting off for the Cenotaph at 10.25am.

Following the service, the parade will march back past Central Library where a salute will be taken by the Lord Mayor, the Lord-Lieutenant, senior representatives from the Royal Navy, Army, Royal Air Force, the Duke of Lancaster’s Regiment, 207 Field Hospital, and the Reserved Forces.

In Oldham,Remembrance Sunday services will be taking place at venues across the borough, held in conjunction with branches of the Royal British Legion.

Residents, uniformed services and representatives of all organisations are encouraged to attend the services and there will also be opportunities to place wreaths on the memorials.

The council’s webpage – www.oldham.gov.uk/remembrance – features an online ‘Roll of Honour’ containing the names of all borough residents who lost their lives serving their country from the First World War onwards.

Details of the Remembrance Sunday Services, held in in conjunction with branches of the Royal British Legion, can be found at https://www.oldham.gov.uk/remembrance/

Across the Borough of Rochdale,representatives from the Navy, Army and Royal Air Force will join veterans and civic dignitaries for the parades, which will take place in Rochdale, Heywood, Littleborough, Middleton, Norden, Milnrow and Wardle.

Stockport Council, together with local branches of the Royal British Legion, has helped to organise some of the commemorative services and events in the borough on Remembrance Sunday (Sunday 10 November) and Armistice Day (Monday 11 November).

On Remembrance Sunday, The Mayor of Stockport, Councillor Laura Booth, will lead the borough in paying respects at the Civic Act of Remembrance on the steps of Stockport War Memorial Art Gallery, Wellington Road South, Stockport. At precisely 11.00am there will be a two-minute silence, ending with the Last Post. Following prayers, hymns and reflections, wreaths will be laid on the steps of the War Memorial.

The Council will join the Royal British Legion in observing a two-minute silence on Armistice Day, Monday 11 November. At precisely 11.00am, the Mayor of Stockport, Councillor Laura Booth, will observe the silence on the steps of Stockport War Memorial Art Gallery. To mark the beginning and end of the silence (at 11.00am and 11.02am) maroon rockets will be launched from the civic complex.

Bolton’s Annual Remembrance Service takes place on Sunday 10 November at 10.40am on Victoria Square. It will be led by the Vicar of Bolton and will include a two minutes silence, prayers and hymns, silence, wreath laying and a parade of veterans.

In Wigan, a procession to leave Wigan town hall, Library Street at 10.30am prompt and will proceed along Library Street, Rodney Street, King Street, Wallgate, King Street West and Crawford Street to the War Memorial in All Saints’ Gardens.

A two minutes silence will be observed at 11.00am, preceded by the sounding of the ‘Last Post’ and ending with ‘Reveille’.

The Mayor of Wigan Borough, Councillor Steve Dawber, will then lay a wreath on the War Memorial on behalf of all residents.

The National Anthem will then sound before the procession enter the Parish church for the service. There will be no return procession to the town hall, but the Mayor will take the salute from the saluting base in Market Street (opposite the Queen’s Hall) as service personnel parade by