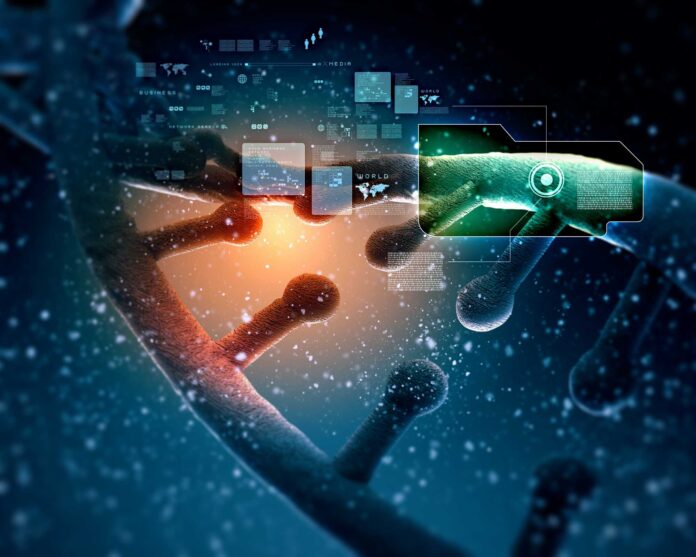 New analysis reveals a North/South divide in life science investment. Overall, the North of England receives £4 billion less investment per year in health research and development (R&D) than the South.

It receives just £72 of health R&D investment per person, compared to £168 in the South:

The report found that investment by government totals just £22 per person in the North, two fifths of the £56 per person invested in the South of England. In the Midlands, it is as low as £16.

The report, The Science Based Economy, argues this inequality is incompatible with government commitments to ‘build, build, build’ and to level up the UK economy.

The report highlights the significant opportunity offered by UK life sciences, with the authors strongly supporting government plans to put them at the heart of the UK economy. However, the research reveals three further challenges to the UK becoming a true ‘life science superpower’:

The UK has underinvested in R&D for decades – falling short of the OECD average by a total of £222 billion since 1985. The report estimates that, to meet the government’s target of spending 2.4 per cent of GDP on R&D by 2027, the UK needs to double annual ‘non-industry’ life science investment. This means delivering £90 billion in life science investment from all sources by the end of 2027.

The UK struggles to link research activity to the health priorities of its people. New analysis by IPPR and CF, a health management consultancy, reveals that some conditions receive disproportionately little investment. For example, cancer and mental ill-health have a similar level of impact on the nation’s health, yet R&D investment in cancer (£2 billion) is twice that in mental health (£1 billion).

The UK’s R&D strategy is not adequately preparing the UK for future global health risks – including a sharply increasing threat of global disease outbreaks, the rise of anti-microbial resistant diseases and ageing populations. Covid-19 is part of a wider pattern of ‘health disruption’ that the UK should now be pre-empting, according to IPPR.

The report proposes a new national strategy, designed to maximise investment, unleash potential across the country, and ensure health security for all. It argues that as part of the ‘new deal’ for the economy in the 2020s the government should aim to deliver:

A national deal – Set an investment target of £14.5 billion per year for the life sciences – from public, private and charity sources combined – alongside a new strategy to attract private investment to the UK: by improving social and physical infrastructure; expanding access to capital; and supporting the UK’s world-leading academic infrastructure.

Inclusive growth – Reform the UK Research and Innovation (UKRI) body, to ensure more public funding flows beyond the South to other regions including the North; do more to develop regional skills; and build more regional transport, digital and physical infrastructure to attract investment to these areas. This should be combined with devolution of decision-making to cities and regions that demonstrate the capacity to manage their own R&D funding, and a process to build capacity in those that need more support.

Health value – Take a more active role in ensuring R&D supports UK health resilience after Covid-19. Building on the UK’s existing industrial strategy, it should set up new and ambitious ‘research missions’ to prioritise health resilience and other urgent national health needs ignored by the market.

“Outside London and the South, the UK life science sector has huge potential. Yet, that potential is being limited by a serious inequality in R&D investment.

“If the government is serious about making the UK a ‘science superpower’ it will need toinvest in the whole country and support regions like the North to develop their own industrial strategies, in a more devolved way, to fulfil their potential.

“The benefits would be substantial. A more diverse and regionally equal approach to R&D would boost productivity; support a more equal economic recovery from Covid-19; and help build UK resilience to future health shocks.

“Covid-19 is proof of how important this is. Entering the next decade without a coherent and progressive health R&D strategy would be like building a house on a volcano and not taking out insurance.”

“A real commitment to making the UK a science superpower and an innovation nation isn’t just essential for our economic competitiveness. Innovation is the key to achieving productivity gains across the whole of our country, creating new growth and job opportunities in areas left behind by the London service economy.

“Nowhere is the opportunity greater than in the bio-economy: the appliance of bioscience to help solve the most urgent global grand challenges in the life science, agritech and cleantech sectors, which should sit right at the heart of the science-based economy.”

“Research and innovation are key to economic growth and there has been a systematic and sustained underfunding of the North over decades. If levelling-up or a commitment to post-Covid economic recovery are to go beyond rhetoric, targeted government investment in northern assets is essential.

“The Northern Health Science Alliance welcomes this IPPR Report into life science investment in the UK which recognises to level up the UK it is essential to address the inequality across the country.

“Health R&D and innovation is a key strength of the North and we have exceptional NHS hospital trusts and universities willing to play their part in economic regeneration.

“There is a window of opportunity: the commitment to an overall increase in R&D spending by the government means that underpinning and growing the excellence in the North can be done without destabilising the infrastructure elsewhere.”

People in Manchester Encouraged to tap into their Talents and Consider Teaching as a...

A huge pay gap between the best and worst paid full-time workers living in...