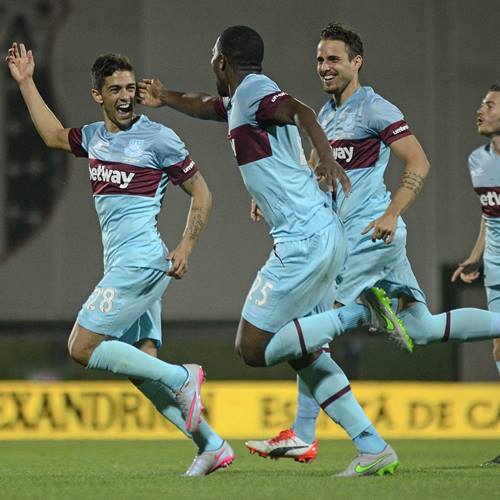 The most comprehensive research into the role of skin tone in English football has found that it continues to have a significant impact on which positions footballers play on the pitch.

Using data supplied by leading games studio Sports Interactive, researchers at the University of Essex found that footballers of a darker skin tone are more likely to occupy peripheral positions traditionally associated with athleticism and strength while team mates of a lighter skin tone are more likely to fill central positions conventionally considered to need organisational skills and creativity.

Published in the International Journal of Sport Science and Coaching, this research is the most thorough investigation of its kind outside of the United States, where the influence of skin tone on playing position has been studied extensively in American football and basketball.

Roisin Wood, CEO of Kick it Out, said: “It is important that further research is conducted on top of the findings from the University of Essex to figure out how significant a role skin tone plays in opportunities provided across the whole of the sport.”

Research 20 years ago into skin tone and playing positions in English football used more of a broad brush approach, focusing on just a small sample of players and a simplistic classification of skin tone.

Lead researcher Dr John Mills, from the School of Sport, Rehabilitation and Exercise Sciences, said: “What sets this research apart is that the research analysed data from 4,515 players, that is, every player in English football’s top four professional leagues across five seasons (2010-2015).”

Unlike past research that was based on one person’s perceptions and used a binary form of classification of skin tone, or, in other words, either ‘black’ or ‘white’, the new study  had access to data collated, reviewed, and ratified by Sports Interactive’s global network of 1,300 researchers

“Our work with Sports Interactive has allowed us to analyse averages for skin tone and primary playing position across multiple time points and has given us access to a much larger sample than would otherwise be possible,” added Dr Mills.

Head of Strategic Development at Sports Interactive, Dr Tom Markham, added: “Rather than

relying on one person’s perceptions at one time point, the Football Manager database utilises a network of researchers to gather a wealth of data covering every professional footballer in the world.”

The results showed that although players of a darker skin tone still primarily occupy peripheral playing positions and players of a lighter skin tone central positions, the difference is less prominent than previously reported.

“Our research has taken a more nuanced approach and found that even though players of a darker skin tone still primarily dominate peripheral positions, there are central roles where skin tone appears to be less important, for example, striker and defensive midfield. That said, there are still some positions which appear almost exclusive to players of a lighter skin tone, such as goalkeeper and attacking midfield,” explained Dr Mills.

Despite the vast differences in resources within the four English professional leagues, the researchers found the same link between a player’s skin tone and their playing position, across the board.

“There could be several reasons for this type of positional disparity,” added Dr Mills. “One could be that biases influence coaches’ decision-making when evaluating individual athletes. This may lead to two players of the same ability but different skin tone being judged differently by their coach.

“Likewise, it could be a case of self-selection due to a lack of role models in certain positions. This

could affect youngsters thinking over where they would like to play before they have taken their first steps on to a football pitch.”

An added factor is the role of pundits, where previous research has highlighted that they tend to use adjectives like strength, power, stamina and pace to describe players of a darker skin tone and intelligence, leadership, and creativity when describing those of a lighter skin tone.

“Being influenced by stereotypes when under pressure is not unusual, but failing to see the strengths and weaknesses of individuals is a problem,” stressed Dr Mills.

Co-author of the research Dr Fergus Guppy, from the University of Brighton, added: “It is a bit strange that coaches might make judgements about positional suitability in a technique-based sport such as football based on skin tone. We would not make similar assumptions based on eye colour.”

There are concerns about the impact of stereotypes in football from grassroots through to the top level. Earlier this month, the Football Association announced that it would adopt the ‘Rooney rule’ when appointing the next England manager. The rule was developed originally by the NFL in the United States and requires sports teams to interview at least one Black, Asian or minority ethnic candidate for senior coaching and operations roles.

The next stage of this research will be to first compare the findings to other footballing nations, particularly those which advocate the rotation of players between playing position, before examining the potential role of cognitive biases in coach decision making.

Kewell sacked after seven months in charge at Oldham

United set off for the U.S.A but with one notable exception