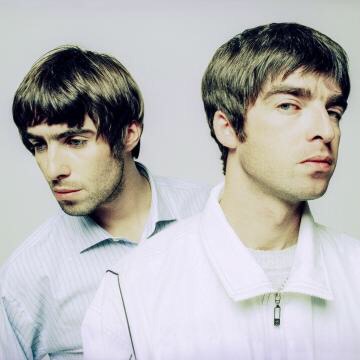 A new project led by local sixth formers is aiming to capture the numerous musical memories of Rockfield Studios in Monmouth which amongst many artists hosted both Oasis and the Stone Roses.
‘Is this the real life, is this just fantasy?’ are probably some of the most famous opening song lyrics in the world – and from a chart-topping single recorded in a small studio in south Wales.

From Queen, Simple Minds and the Manic Street Preachers, to Oasis, Coldplay and Kasabian – they have all been to Monmouth and experienced the Rockfield studio as they’ve made international music history right here in Wales.

But the studio itself is now set to become centre stage, thanks to money raised by National Lottery players.

A new project led by local sixth formers is aiming to capture the many and varied musical memories the studio has amassed during its 50 plus years in the business. These include hosting Queen as they recorded Bohemian Rhapsody on a piano that’s still in use there today, and filming the Super Furry Animals as they fired guns outside the studio for use in their track ‘The Undefeated’.

Even before musicians and bands have been contacted to share their stories, the Rockfield visitor book has plenty of its own tales to tell. Ian Brown, of the Stone Roses, had this to say about the studio: “Put the heating on more often and I might one day come back”. While Liam Gallagher, formerly of Oasis, was clearly taken with its charming Welsh location: “Thanks to Rockfield studios for the pleasant surroundings in this wonderful rural atmosphere!!”.

Rockfield’s ‘rural atmosphere’ wasn’t everyone’s cup of tea, however, as Eddie Duffy from Simple Minds commented about his time there: “It’s been a pleasure. Can’t wait to come back as long as you kill that cock, or at least set his watch to the right time.”

Joanne Davies, who is helping coordinate the exhibition, explains the background to the project: “Although Rockfield is known as one of the most influential recording studios in the UK, and indeed the world, surprisingly little is currently exhibited locally about this Monmouth gem.

“Although it’s early days, we’re already overwhelmed by some of the funny and intriguing titbits that we’re unearthing including local residents who remember selling shoes to big name rock stars, or playing pool with band members in the local pubs.

“It’s these kind of stories that we want to dig up and share with others. I would like to encourage anyone with any anecdotes or memories about Rockfield to come forward and let us know how much it rocked you!”

Salford knitters cast on to celebrate the Bridgewater Canal