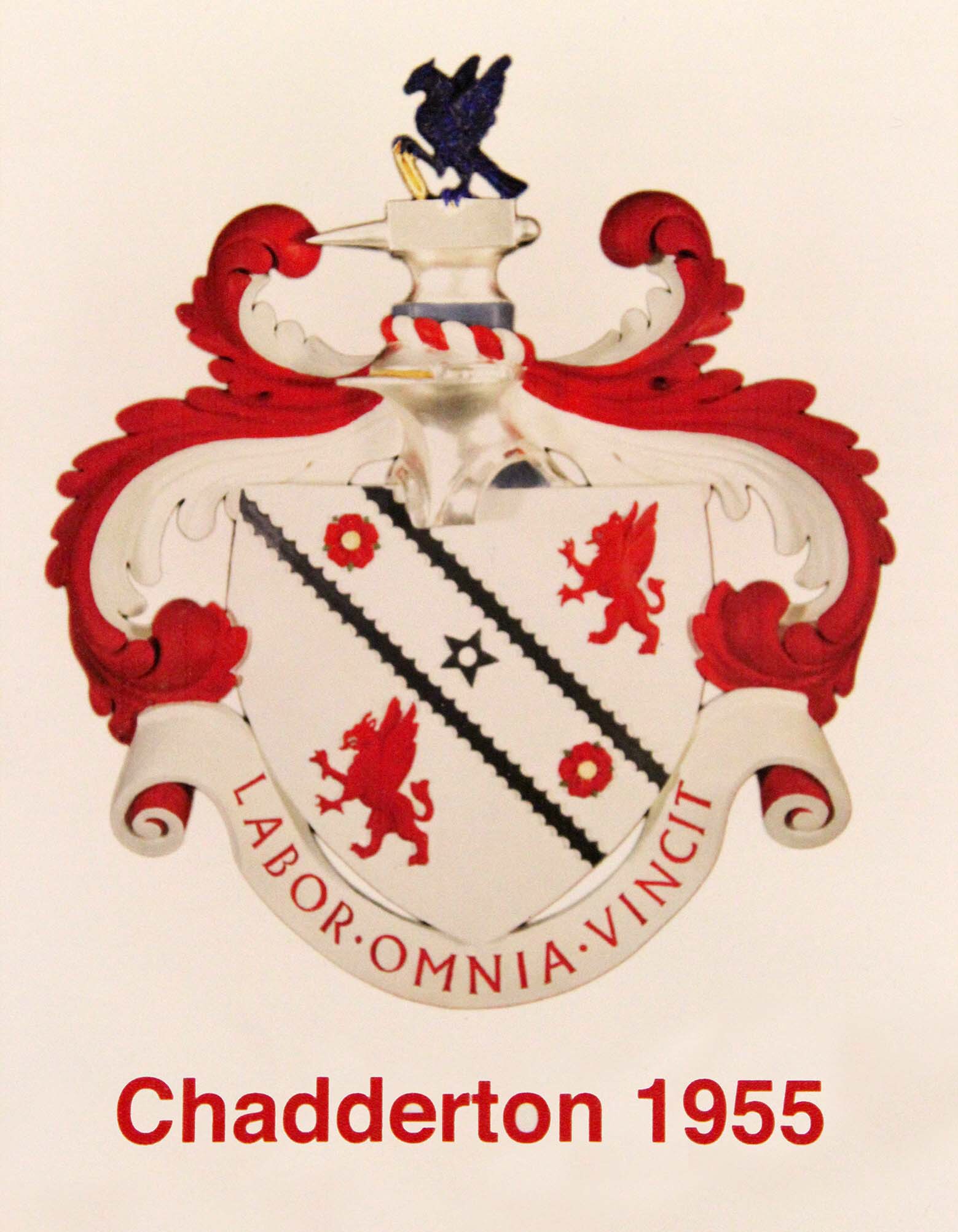 Conservation work has returned an historic and enigmatic Chadderton shield – which was discovered after years hidden away – to its former splendour.

Refurbishment workers at Chadderton Town Hall stumbled upon the broken and damaged crest under the building’s stage area – uncovering a mysterious piece (or pieces) of Chadderton’s history.

The shield contains the unofficial insignia used in the early days of the Chadderton District Urban Council and before the current one which was constituted in 1955 as part of the Diamond Jubilee celebrations.

Mystery not only shrouds why the shield was stored away in this location for many years – but even its origins.

In the 1950s doubts had been cast on its authenticity and experts commented that the design was one that the College of Heralds (often known as the College of Arms) would not have suggested.

The crest was taken to Gallery Oldham and has since been restored to its original grandeur by Heritage Project Management, on behalf of Chadderton District Executive

It is now out of the dark for all eyes to see and enjoy at Chadderton Town Hall.

Councillor Graham Shuttleworth, Chair of Chadderton District Executive, said: “This crest is a piece of Chadderton’s heritage, culture and identity. It is wonderful to see it restored to its former glory.

“This coat of arms has an interesting history and one that has left many people now, and in the past, scratching their heads.

“We may have pieced back together the crest, but we’re looking to piece together its history and tell more of Chadderton’s story.

“We would like to appeal to anyone who would be able to shed some light on the origins of the coat of arms – and why the crest was stored under the staging area for so long – to come forward.”

Despite its dubious origins, the enigmatic crest was quite widely used in civic buildings and fittings. It can be seen in a couple of rooms in Chadderton Town Hall.

The official – and current – coat of arms was designed by Mr Ellis Tomlinson who incorporated features from the arms of the de Trafford, Chadderton, Radclyffe, Assheton and Horton families, who had resided at Foxdenton and Chadderton.

The crest symbolises the local engineering and textile industries.

Racist material was posted on community buildings in Longsight and Ardwick.