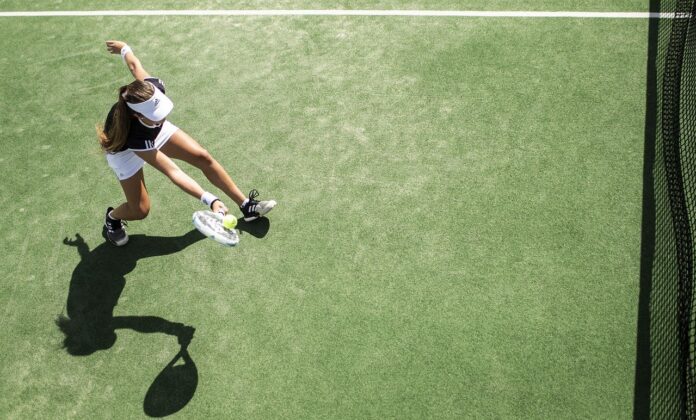 Whether you strive to be a professional tennis player, you just want to do well at a sport you enjoy or you’re looking to take some of the disciplines from professional sport and translate them to everyday life, there is no denying that in order to succeed at women’s tennis you need to be both talented and hardworking. Realistically, women’s tennis is no different from any other sport or career; the success from playing tennis is probably not going to come without some hard work in the background. If you look into the history of players like Sabine Appelmans and Serena Williams, you’ll see that their love for the game started long before they were even considered for any tennis teams – and that is something you’ll find when you look into the background of any professional sports star, not just tennis.

What Does it Take To Succeed at Women’s Tennis?

If you speak to tennis players that are considered a success story within women’s tennis, they are likely to all tell you something different when asked why they have been so successful. However, many of them will tell you that they live & breathe the game – it is something that they are passionate about and probably something that they would be doing even if it wasn’t their career. The truth is that taking up any professional sport is time-consuming and hard work, so if it isn’t something that you love then you’re going to resent the things that it stops you from doing.

Sabine Appelmans had an extremely successful tennis career in the 1990s and went on to be captain of the Belgian team through until 2011, with seven titles under her belt and a spot in the 1997 Australian Open quarterfinals she is certainly well placed to talk about successful women’s tennis.

In a recent interview with Betway Insider she talked about the times she had to play against Dominique Monami, a fellow Belgian that also played professional tennis. Not only were they from the same country but Dominique was someone that Sabine considered a friend, and therefore an opponent that she found it tough to play against. That is definitely a reoccurring theme when it comes to competing in professional sport – the need for a thick skin and to be able to take what is thrown at you, no matter how tough you may find it.

Serena Williams is also well documented in talking about how tough she has found the world of professional tennis at times. She has also talked about how it takes strength to be successful at women’s tennis, especially when things don’t seem to be going the way that you want. She once spoke about failure being what makes you a great player rather than just being a winner “I really think a champion is defined not by their wins, but by how they can recover when they fall”

The reoccurring theme across the board when talking to women who have carved a professional career in tennis out for themselves is that it takes strength, guts and hard work to be a professional tennis player.

With the 2022 Australian Open approaching, check out Betway for the latest online betting odds for this year’s Men’s and Women’s tournaments.

Micky Higham signs for the year for the Centurions