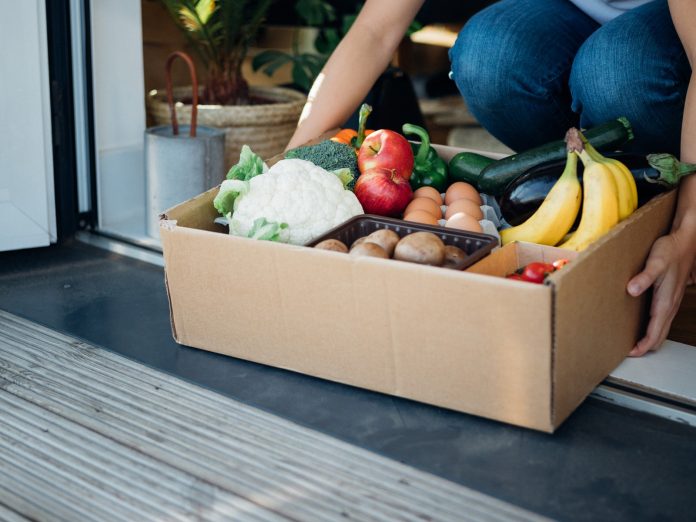 Spending on “Isolation Economy” categories of groceries, alcohol, entertainment and hobbies & crafts running at £247 million per week during lockdown, equivalent to an annual £12.9bn increase.

However, average overall consumer spending has decreased by 31% per person, equating to an annual fall of £215bn. Local economies could be relative long-term gainers as a result of shifting consumer behaviours post lockdown.

A new report from FTSE100 financial services group Legal & General and Cebr, the economics consultancy, has revealed that the UK’s Isolation Economy has driven a shift in consumer spending habits equivalent to an annual £12.9bn.

This change is largely a result of UK adults’ increased expenditure on four key “at home” categories: groceries, alcohol, entertainment and hobbies & crafts, during the national lockdown. This shift, however, comes as consumers are spending an average of £17.9 bn less per month in the wider economy as a direct result of COVID-19.

Following the announcement of a UK-wide lockdown on 23rd March, UK adults are now spending an average of £104 per week on the top four Isolation Economy categories alone – a 5% increase on pre-crisis spending. This equates to a weekly rise in spending of £247 million. Those aged 35-54 are the biggest contributors in terms of spend, averaging £170 m per week on these four key sectors.

Overall, however, despite this £12.9bn shift in where money is being spent, UK households are spending an average of 31% less, equating to a fall in expenditure of £4.1 bn per week – or £215 bn per year.

Recent Government data2 has revealed that 6.3m jobs have been furloughed since the launch of the Coronavirus Job Retention Scheme on 20th April 2020. Separate research by Cebr and Opinium3 has shown that on average, 32% of employees have seen a reduction in their working hours and a similar proportion (33%) have experienced wage cuts.

Many consumers are having to make cutbacks in certain areas, even if they haven’t seen a change in their employment status, but for those still in employment, spending on the combined four key categories of the Isolation Economy has risen. The employed are now spending an average of £107 a week on groceries, alcohol, entertainment and hobbies – a 10% rise on pre-lockdown levels.

When the monetary value of spending on the four major categories if the Isolation Economy is averaged across the UK, groceries are the only category that has seen an increase in monetary terms. UK adults are now spending £73.69 per week on grocery shopping, compared to £67.51 prior to the outbreak of the pandemic. This increase in spending has largely been driven by those aged between 35-54, who are spending 15% more each week to reach £89.94, versus an 8% increase in spending among the under 35s, taking their spending to £56.90. Those aged over 55 are now spending £70.94 per week on grocery shopping. Overall, across the UK this represents a 9% rise amongst all adults, and a 14% increase for those who have had no changes to their salary or employment status as a result of COVID-19.

Despite paying less for fitness-related activities, across the UK there has been an increase in time spent on exercise and wellness. On average, adults are dedicating an extra 20 minutes each week to these pursuits compared to pre-crisis levels. Streaming entertainment has increased dramatically – adults are now spending on average 2 hours 22 minutes more each week watching TV, streaming programmes and gaming. Socialising via digital platforms like Zoom came in a close second, with an increase of 2 hours per week per person.

The Isolation Economy from Legal & General and Cebr looks at how consumer behaviour and spending have shifted as a direct result of the ongoing COVID-19 crisis, and which of these shifts are likely to persist post-crisis to become a ‘new normal’.

Over two thirds of respondents (69%) said that they plan to continue cooking more meals at home even after the lockdown is lifted, with over half (56%) intending to stay in touch with friends and family that they can’t see in person via video calls. The post-lockdown economy may also see a shift in how people keep fit, with 46% of those surveyed agreeing that they will continue with their at home workouts. Almost a fifth of the population (19%) who have used their time in lockdown to take up a language or educational class intend to keep up this practice once restrictions are lifted.

Interestingly, the research also revealed that local economies and businesses could stand to benefit as a result of these changes in consumer behaviour. 60% of respondents said that when the lockdown ends they plan to buy more products in local stores to help the local economy, with 82% confirming that the coronavirus crisis has highlighted to them just how important it is to have a stable supply of locally produced food and goods. A further 58% of respondents said that they would be willing to pay more for products that have been made in Britain, rather than imported from abroad.

“The COVID-19 crisis is creating fundamental changes to how we work, live and how we spend both our money and our time. Businesses should prepare for lasting change to the consumer economy and falling levels of demand that other areas of the economy will need to step up to fill. Billions will need to be invested in new growth industries like health, well-being and life sciences to replace falling spend and fewer jobs in traditional face-to-face consumer industries like travel, physical retail and hospitality.

The Isolation Economy is a new feature of our daily lives and now encompasses some £13bn a year of the consumer economy. As the hub of the Isolation Economy, the home is becoming a more flexible space, doubling-up as a place for  schooling, work, fitness and entertaining – and we can expect changes to the way we think about and design homes for future homeowners.”

COVID-19 is a huge challenge and a wake-up call for everyone.  Health and well-being will become more important components of inclusive capitalism, and some elements of the new Isolation Economy with different consumer spending patterns are likely to endure even as social distancing is eased.