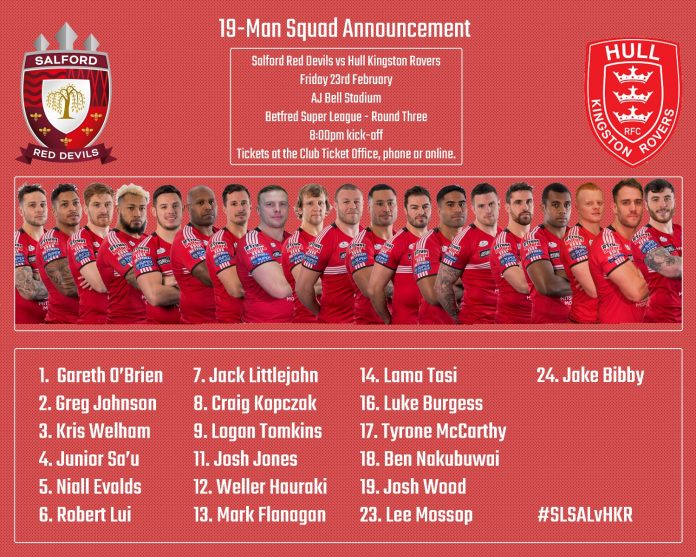 Salford Red Devils Head Coach Ian Watson has made just two changes to his 19-man squad to face Hull Kingston Rovers in Round Three of the Betfred Super League.

Mark Flanagan and Greg Johnson come into the squad for George Griffin and Derrell Olpherts.

Ben Nakubuwai retains his place in the squad following an impressive debut at Wakefield Trinity a fortnight ago. Logan Tomkins is also named after returning from injury against Trinity

Red Devils kick off qualifers with a win at Hull KR