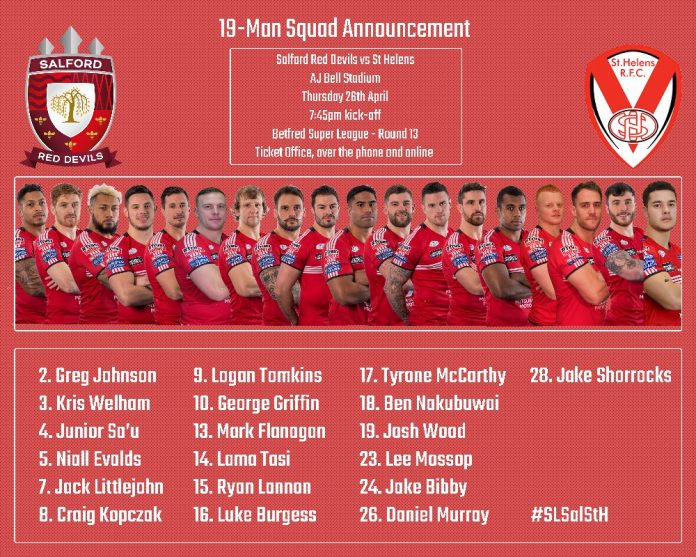 Head Coach Ian Watson has named his 19-man squad as the Salford Red Devils look to make it three successive victories as they host St Helens.

Lee Mossop is available for selection for Thursday’s game after missing the win over Wakefield after failing a concussion assessment the week prior against Huddersfield. Lama Tasi also returns to the squad for after overcoming an illness that kept him out of the victory last week against Trinity.

Jake Shorrocks could be set to start for Ian Watson’s side as Rob Lui is sidelined after picking up a calf injury last Friday. Weller Hauraki also remains sidelined.

Forward quartet Luke Burgess, George Griffin, Daniel Murray and Tyrone McCarthy may all retain their places in the side after returning to action in the dominant victory over Wakefield.