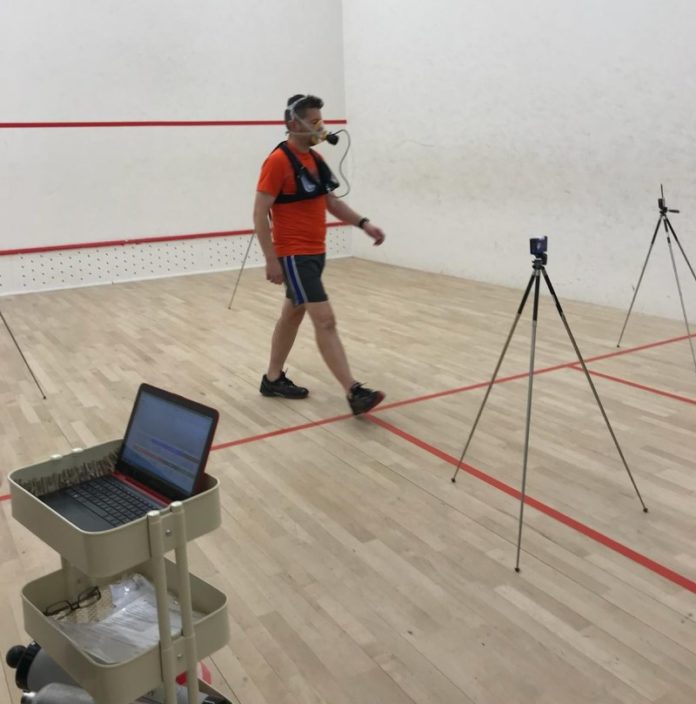 simple walking speed test may help predict whether young adult stroke survivors are ready to return to work, according to new research.

There are 152,000 strokes each year in the UK – approximately one every five minutes – and around a quarter of those strike people under the age of 65.

Figures suggest 44% of victims may not be able to return to work, mostly due to challenges they experience with walking.

In a study whose findings were published in Stroke, a journal of the American Stroke Association, a division of the American Heart Association, a team of researchers led by Dr Hannah Jarvis, Research Associate in the Research Centre for Musculoskeletal Science and Sports Medicine at Manchester Metropolitan University, examined how walking speed related to readiness for re-employment.

Impacts of a stroke
Dr Jarvis said: “Stroke affects motor control and motor function. To return to work, you must be able to walk to your car, bus, office and meeting rooms.

“If you can’t walk or you get tired easily, your ability to do your job is going to be seriously impacted.”

Researchers analyzed the relationship between walking speed and readiness to return to work after stroke.

They compared mobility in 46 stroke survivors from across Wales – between the ages of 18 and 65 – to 15 people who had not had a stroke.

Using a walking test, they measured how fast and far participants walked in three minutes. A benchmark measure was calculated that predicted readiness to return to work.

The researchers found that awalking speed of more than 3 feet per second was a critical threshold. Stroke survivors walking slower than this were significantly less likely to return to work.

Of the 23% who returned to work, 90% walked faster than the critical threshold. Those who returned to work walked almost 6 feet per second, compared to those who didn’t go back to work and only covered about two and a half feet per second. Young stroke survivors were less efficient at walking (known as metabolic cost of walking) than their healthy counterparts. This means that walking at a similar pace requires more effort and results in becoming tired more easily.

Dr Jarvis said: “There was a huge range in outcomes in our stroke population, highlighting the fact that some people recover quickly and can return to work, while others are so severely affected that they cannot go back to work.

“Walking speed is a really useful tool for clinicians to use to predict return to work. It’s simple, low cost and effective.

“In addition, clinicians can use this measure to guide their patients during rehabilitation.

“For example, they can focus on increasing walking speed and maintaining quality of walking in order to give their patients a chance of going back to work.”

Recent figures suggest that there are more than 100,000 strokes in the UK each year and around a quarter of strokes happen to people of working age, with the average age of someone suffering a stroke decreasing in recent years.

People of working age who have had a stroke are two to three times more likely to be unemployed eight years after their stroke.

The Stroke Research Innovation and Education Fund Wales funded this project which is from the Welsh Government via the Stroke Implementation Group.

5 million people living in households with children have experienced food insecurity since the...

Shining a light on suicide