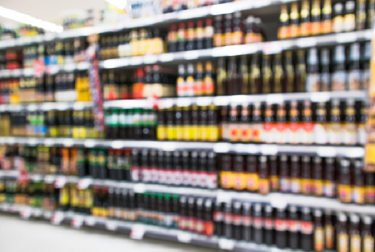 Researchers at the University of Liverpool have published a new study which showed that increased drinking during the first COVID-19 lockdown was associated with drinking to cope.

It is well-established that alcohol can be used to cope with negative experiences and mood. COVID-19 has brought about a range of negative effects on people’s physical and mental health, with health issues, caring responsibilities, financial difficulties, bereavement and other impacts creating significant levels of stress.

International and UK data suggests that lockdown has impacted alcohol consumption. In the UK, alcohol purchasing increased in the weeks prior to lockdown one, suggesting stockpiling behaviour. Previous surveys have shown that 26-48% of respondents reported drinking more during lockdown, with similar numbers reporting drinking less. These studies have also shown that people are drinking more frequently and that some groups of people may be more likely to increase their alcohol use during lockdown.

This UK-based online survey measured alcohol use before and during lockdown, as well as a range of factors that may affect drinking behaviour (including mood, motives for drinking, intentions to drink), and respondent characteristics (such as gender).

The 539 people who completed the first survey in April 2020 were contacted every fortnight with a subsequent survey to measure drinking behaviour during the first Government-mandated lockdown.

By identifying the factors associated with increased alcohol use, the researchers, led by Dr Abi Rose, are hoping to help the development of future targeted prevention and intervention strategies to reduce alcohol harm.

Patricia Irizar, PhD student at the University of Liverpool, said: “Alcohol-related deaths have risen by 16% during the past year. Our study showed that individuals who were already drinking at hazardous levels before the pandemic, and those who use alcohol as a coping mechanism, were more likely to increase their consumption during lockdown. This is worrying as it indicates that there may be an increasing population who are at risk of serious alcohol harm.”

Dr Abi Rose, Senior Lecturer at the University of Liverpool, stated: “We know that drinking to cope can be linked with higher drinking levels and increased risk of experiencing alcohol harm. When we face a stressful situation, which effects such a large number of people, like COVID-19, we need to be prepared for the impact on alcohol use. Hazardous drinking has huge negative effects, both directly on the drinker’s health and well-being but also on others, such as children. So we need to develop effective prevention strategies, and we need to be much better at early identification of hazardous drinking and in providing appropriate support.”

A nation of medicine hoarders