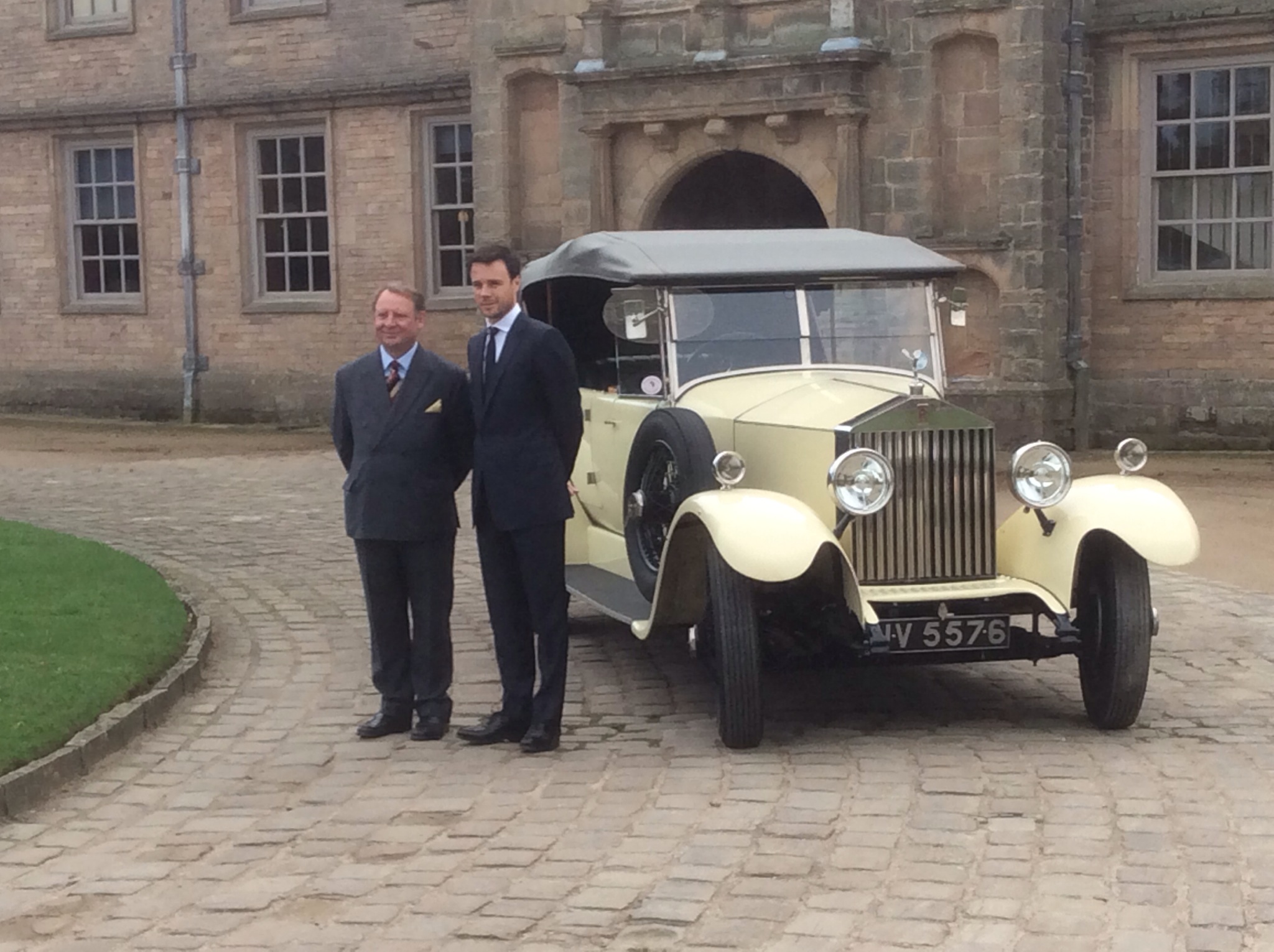 Private cine films belonging to the Legh family of Lyme Park are to be shown for the first time in public this winter.

The exhibition, which opened by The Honourable David Legh, younger brother of the present Lord Newton of Lyme, follows in the wake of Lyme’s role as ‘The Big House’ in the recent BBC television drama, ‘The Village’.

Legh family’s cine films were taken when Lyme Park was still a family home – as had been the case for over 500 years. This stability and continuity defies the swirling changes that were taking place in British society in the ‘20s and which were capturedby the 2nd Lord Newton in his albums of press clippings, three of which will also be on display for the first time in the exhibition”.

As a feisty member of the House of Lords during the early 20th century, Lord Newton’s views on various topics were widely covered in the 1920s press and still resound today.

In 1921 he calls for a ‘pruning’ of the Upper House, citing the need for ‘more spirited policy and fewer ‘passengers’; whilst in 1923 he advocates Government action on the ‘national nuisance’ of increasing smoke and pollution on the heath of the population, highlighting Manchester as an example of good practice in tackling the problem, which, he suggests, others should follow.

In 1930 his views that ‘the effect of women in Parliament has been absolutely nil’ provokes a strong reaction from amongst others, three women MPs under the title ‘None so Blind’!

The Honourable David Legh, great grandson of the 2nd Lord Newton says: “I’m delighted that visitors will be able to see and enjoy these family cine films. My father Peter, the 4th Lord Newton, can be seen as a small boy playing together with his brothers, Hugo and Francis.

He loved Lyme, and as a keen photographer he spent many hours taking pictures of the estate. Offered Lyme in 1946 by my grandfather, the 3rd Lord Newton, my father turned it down with great regret, opting to follow his grandfather firstly into the House of Commons then later the House of Lords, and so the estate passed into the care of the National Trust”.

‘Take a Trip to the Roaring Twenties’ showcases costumes from ‘The Village’ and behind the scenes footage of filming together with vintage cars, a crystal set radio and gramophone, 1920s sports equipment, cameras, and jewellery and fashion accessories.

“Each weekend of the exhibition there will be a 1920s event, such as learning to dance the Charleston; tips on throwing a 1920s party complete with cocktails and a chance to dress up in period costumes” says Caroline Heap, Lyme’s Visitor Experience Manager.

“On the opening weekend we’ve got the famous Ged Hone Jazz Band who’ll be setting feet tapping with a selection of 1920s musical hits, and later in the month we’ll be looking at the link between Jeeves and Wooster author PG Wodehouse, who was related to the Legh family”.

Please note that only rooms being used for the exhibition are open together with the restaurant, shop and Timber Yard Coffee shop. The rest of the house is closed until the start of the 2015 season on Monday 16th February.

For more information go to www.nationaltrust.org.uk/lymepark