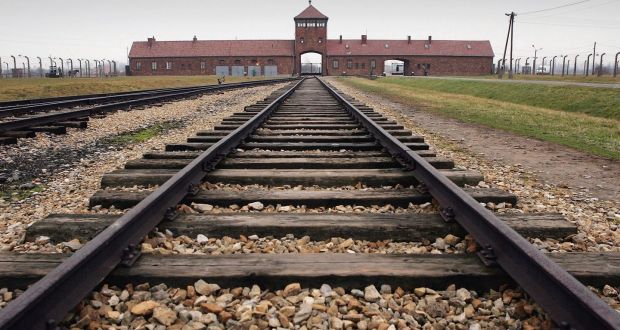 Seventy five years after the liberation of Auschwitz, the Unite union, has released a powerful short film with members who were recently part of a delegation of trade unionists and others to visit the former concentration camp in Poland.

In the film, which has been produced to mark Holocaust Memorial Day on 27 January, Unite members talk frankly and emotionally about their feelings and reactions to what they saw and heard at the largest of the Nazi camps.

Katie talks of learning how experiments were carried out on twins: “I’ve got twins, I have identical twin sisters…they wanted to wipe out so many people.

“I don’t think you can prepare anyone for walking around on what is basically a mass graveyard. That so many people survived is a testimony to hope, but the brutality of it all… I’ll never comprehend that.”

Terri describes the visit to Auschwitz as “one of the most harrowing and emotional experiences of my life”.

“I think that everyone should have to see this, to see what hatred, inequality and discrimination can lead to.”

Steve Turner, Unite assistant general secretary who leads the union’s Unity Over Division campaign against those who spread a dangerous narrative of hate and division within our communities, said the film would play an important role in ensuring that we never forget the murderous atrocities committed by the Nazis.

He said: “If we are going to defeat a dangerous and growing narrative of hate, intolerance and division finding a home in our communities, we have a responsibility, a duty, as trade unionists to challenge and engage at every level both with those who preach it and those attracted to its opportunist and populist messaging.

“That means leaving no section of our community abandoned, or street hijacked, as well as sometimes having difficult conversations in our workplaces, on the bus, down the pub, in our homes and communities.

“This haunting and very moving film reminds us that, as well as the mass murder of six million Jews, thousands of trade unionists, gypsies, homosexuals and disabled people were also incarcerated, tortured and murdered by the Nazis.

“The theme of this year’s Holocaust Memorial Day is Stand Together. Genocide didn’t stop with the Nazis. Cambodia, Bosnia and Rwanda serve as dangerous reminders of what hate, intolerance and division can and has led to in living memory.

“The need to ‘stand together’ has rarely been greater than now.”