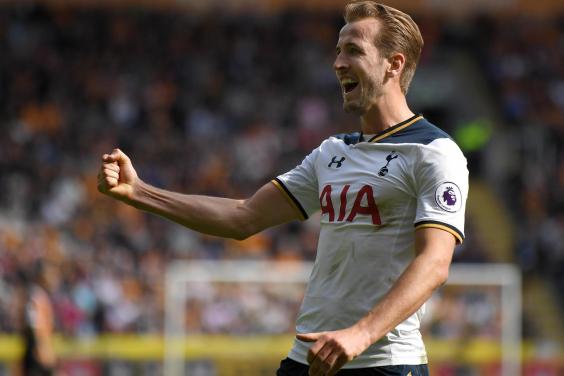 Manchester United have emerged shock candidates to sign Harry Kane in the summer with Jose Mourinho urging his recruitment team to give up the chase for Cristiano Ronaldo and instead make a move for the free-scoring Tottenham Hotspur forward to shore up their chances of a title challenge next season.

The Mirror reports that Tottenham value the striker at £100m  and United want to complete a double swoop for Kane and Alvaro Morata, with the duo set to put the Red Devils back by a fee in the range of £170m ($217.5m). Mourinho is a huge fan of the forward and despite reservations at Tottenham over selling to a direct rival, a world record fee will force the club to make a note and take notice.