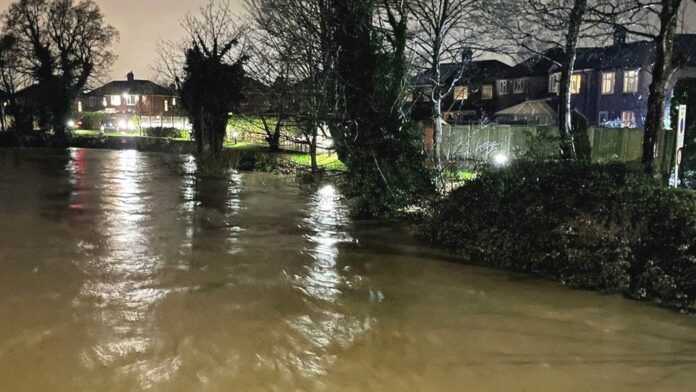 The floods that hit the region last week coulkd be a lot worse in the decades that follow according to research out this week.

Millions of people are affected by flooding every year in the UK, and the annual cost of the damage comes to £1.1 billion.

According to the Met Office, there have been 17 record-breaking rainfall months or seasons since 1910, nine of them since 2000. The extreme rainfall has led to a pattern of severe flooding.

Edinburgh Heriot-Watt researchers looked at one in two year and one in 30 year events – the type of flooding that happens every two years, and the less common one in 30 years extreme event.

“Across the UK, we found that the magnitude of the one in two year event could increase by 15-35%.The north and east of Scotland is facing a 34% increase in the magnitude of flood events, which is significant.The north of England and Wales are similarly high at 25-28%.London and the Midlands have the lowest percentage increase. The magnitude of their one in two year events will increase by 18%. Even a small increase can have a profound impact on urban areas.” said Dr Annie Visser-Quinn, a data scientist at Heriot-Watt

The scientists are unable to say whether the scale of one in 30 year events will increase.

Visser-Quinn said: “We couldn’t get the different models to agree on those more unusual,extreme events, so there is still uncertainty there.

“However, we do think the bigger change will occur in the south and south west of England. That’s concerning given these are the more extreme events.

“Robust modelling will help improve our flood preparedness, which is why this work is essential. New climate data coming out later this year should be investigated as quickly as possible to inform the UK’s flood protection policies.”